Could Broadway make a comeback? 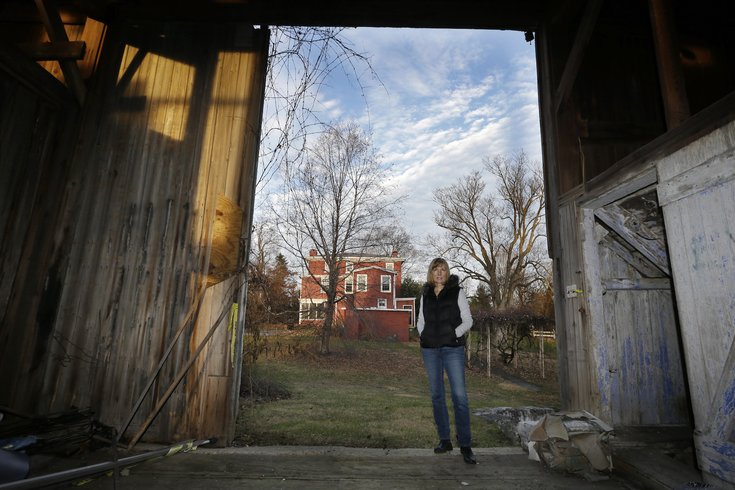 Read More
In the back of the Doylestown Township Administration Building, a sea of people wearing white T-shirts depicting the visage of Oscar Hammerstein.
The T-shirts were designed by Will Hammerstein, the Broadway king’s grandson and star witness in the room for the second zoning board hearing.
The hearing was conducted March 16 to determine whether the Oscar Hammerstein Museum and Theater will be built. If Hammerstein's application for zoning variance is approved, a 13,000 square foot museum and theater producing Hammerstein musicals -- alongside the barn where the lyricist penned many of his productions -- will be scheduled for construction.
But Hammerstein has to wait a bit longer. For the second time, the zoning board did not reach a decision.
During testimony, Hammerstein said his plan is to use two 15-seat shuttle buses to transport patrons from a nearby parking area. This will help minimize traffic.
When asked why he would need a 13,000 square foot museum to honor his grandfather’s memory, Hammerstein cited the need to preserve the original barn by adding a theater attraction.
Conventional house-museums don’t last, he said: “The theater is the engine of the facility.”
A board member sustained counsel’s objection to the claim that the barn could not be preserved without a theater.
In keeping with the family theme, Nicholas Molloy, the first opposing witness to testify, referenced his family’s dream of living in their idyllic Doylestown setting. Malloy claimed security issues and noise levels would be disruptive of his quality of life. It was a gift, he said, to own property near Doylestown Country Club, which his grandfather helped found, but lately, “This dream has become a nightmare.”
In cross-examination, Hammerstein’s lawyer John Van Luvanee asked whether the true issue was about control. For an unrealized project, concern over noise is just speculation.
As the issue remains unresolved, a date for a third hearing was scheduled for April 20. Hammerstein told PhillyVoice.com he feels very optimistic about the future.
“We’re feeling good,” he said, “We’re making our story known. … It feels like they’re listening” and haven’t already made up their minds on the decision.
At the next hearing, time will likely be left for public comment. And the voices of the theater’s fans, petitions in hand, will take center stage.