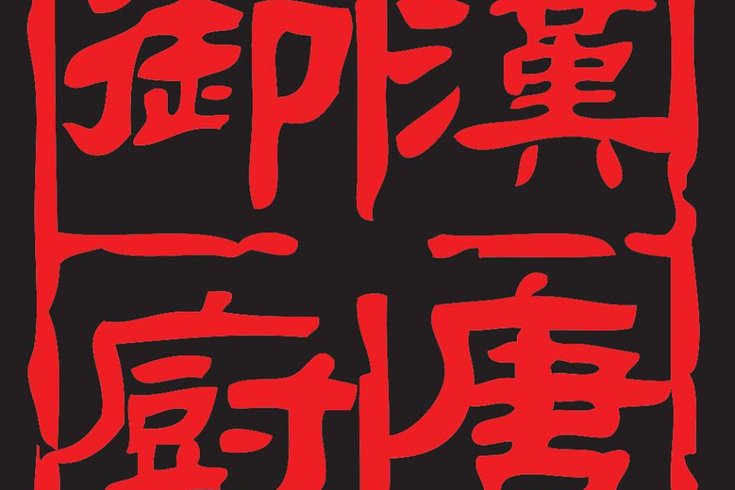 Han Dynasty, a popular Szechuan Chinese eatery with several Philadelphia locations, took to Facebook Friday to announce that its owner broke his ankle in a scuffle outside of its Old City establishment.

Han Chiang was hospitalized with a fractured fibula after he and several Han Dynasty employees confronted several people on Thursday night that had been at a wedding party at the brewpub next door, according to the restaurant.

Chiang and his employees were outside the restaurant on a cigarette break when the group passed them by and one of them uttered an audible racist slur.

Chiang told BillyPenn.com on Friday that it sounded like "Ching chong wong." On Facebook, the restaurant called it a "'ching chong china' lame ass wisecrack."

Whichever it was, Chiang and his employees weren't happy about it, and a scuffle ensued.

After Chiang "called him out," another member of the group hit Chiang with a skateboard, according to the restaurant. The fight escalated from there, and Chiang broke his ankle at some point in the melee, according to BillyPenn.

The site said Philadelphia police had no record of the altercation. 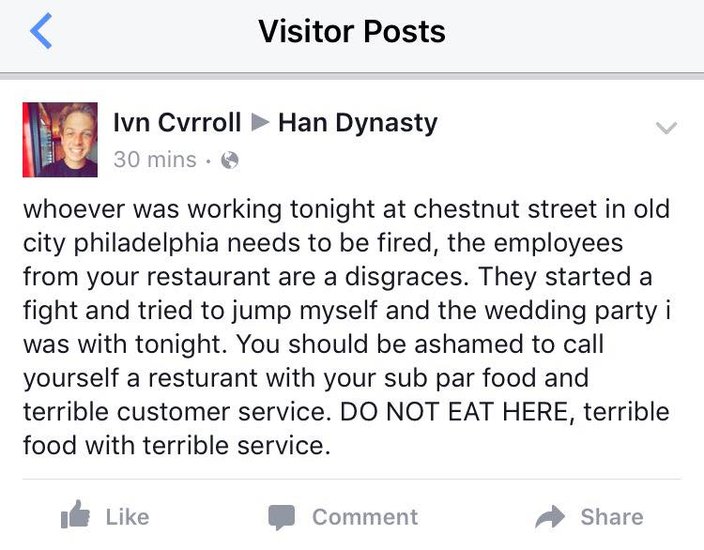 The person who allegedly hit Chiang with the skateboard, Ian Carroll, went on Facebook after the incident and posted a note to the Han Dynasty Facebook page, saying whoever was working there that night needed to be fired.

Carroll claimed Chiang and the other employees started the fight.

"You should be ashamed to call yourself a restaurant with your sub par food and terrible customer service," Carroll wrote. "DO NOT EAT HERE, terrible food with terrible service."

The restaurant fired back in its reply, telling Carroll it was nice "to put a name to your dumb racist face."

The restaurant also added: "Oh, and what did you guys scream as you drove past us once the dust was settled? 'F--- you, you Chinese f--gots.'" 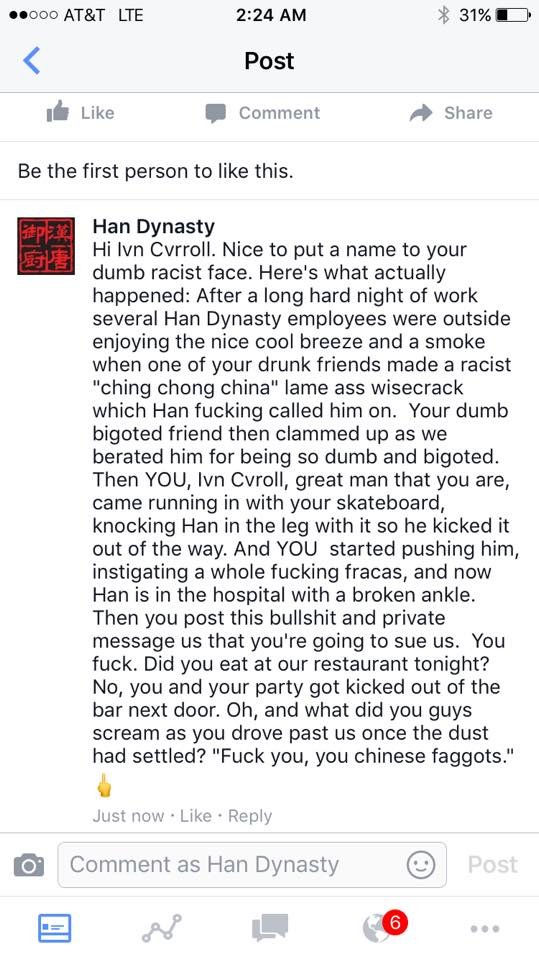 Chiang disputed Carroll's claim that his staff instigated the scrum, telling BillyPenn, "We didn't start nothing. ... We were chilling and minding our own business. He was protecting his racist friend."

Carroll told BillyPenn the incident was being blown out of proportion, saying he wished none of it had happened and that he hoped Chiang was OK.

Chiang made headlines in August when he poked fun at then-Presidential Candidate Donald Trump with an orange chicken entree called "Mandarin Trump."

His explanation for the trouble?