In what was perhaps the ugliest loss of the Doug Pederson era, the Philadelphia Eagles completely rolled over against the Dallas Cowboys in a 37-10 blowout loss in front of a national audience.

As always we hand out 10 awards.

1) The Take the Ball, Please' Award: The Eagles' Fumble-itis issues

On each of the Eagles' first two drives, they fumbled the ball away. Dallas Goedert had the first one, and Carson Wentz had the next one after DeMarcus Lawrence beat Lane Johnson badly on strip sack.

As you all saw, the Cowboys scored touchdowns on their ensuing possessions, thus marking the SIXTH game out of seven in which the Eagles have faced at least a 10-point deficit.

2) The 'There Goes the One Thing They Did Well' Award:  The Eagles' run defense

The one thing the Eagles' defense could hang their hat on this season was their run defense. Sunday night, the Cowboys ran all over them to the tune 189 rushing yards and 3 rushing TDs.

3) The 'Jalen Ramsey Would Have Been Nice' Award: The Eagles' pass defense

Another game, another opposing receiver torches the Eagles' corners:

4) The 'Invisible' Award: The Eagles' receivers

Cooper outgained all the Eagles' receivers combined, and by a decent margin:

Sadly, the combined 6.2 yards per target is actually an improvement from what the four above receivers have averaged the rest of this season.

Wentz was playing well early in this game, and then he faded as the Cowboys were able to pin their ears back and attack him once they built a big lead. While he has not been perfect by any stretch this season, Wentz has been good, but he can't do it without some help, and his receivers haven't helped much at all this season.

Late in the game, Carson Wentz launched a deep ball to Agholor, who um, uh, did this:

People are going to accuse Agholor of Agholorator-arming that throw, and, well, I have a drawing for that. 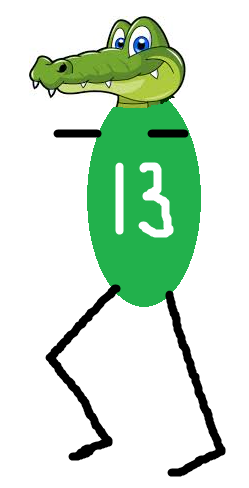 OK, now that I've gotten that drawing out of my system, I'd like to go ahead and give my verdict of that play. It looked to me like it was a catchable ball for any receiver with any kind of tracking ability, which Agholor doesn't have, unfortunately for the Eagles. It felt to me like Agholor was maybe surprised that it came down quicker than he expected, and by the time he realized where it was, it was too late to lay out for it, and he made it look worse by pulling his arms in.

It did not look like a lack of effort, or that he was protecting himself from a hit or something, seeing as there weren't any Dallas defenders in striking distance. To me, it looked more like a receiver who simply isn't very good, which in my view, is worse than a momentary lack of effort.

Did the Eagles lose this game because Doug Pederson confidently proclaimed that the Eagles were going to go to Dallas and beat the Cowboys? No, probably not, but it's not an awesome look to do that and then lose by 27.

For the second straight week, Pederson had a drive that went, run-run-run-punt.

Against the Vikings last week, the Eagles' run-run-run-punt moment was their opening drive. Against Dallas, their run-run-run-punt drive was at a time when the Eagles were still only down 14-7 and had a chance to change the momentum of the game. He also ran it on 3rd and 4 during that series. Ew.

On a side note, Pederson has always deferred to the second half whenever he wins the coin toss. In an effort to perhaps jump-start an Eagles offense that continues to get off to slow starts, he took the ball. That didn't work.

9) The 'Ownership' Award: The Eagles, by Dallas

The Cowboys now have a 3-game winning streak over the Eagles (4 if you include a meaningless Week 17 game in 2017). Do I need to add anything more than that here?

The Eagles were so bad a week ago against the Vikings that FOX cut away to another more competitive game. Had this been a 1:00 p.m. game, the same thing would have happened against the Cowboys.

The Eagles have now suffered two straight blowout losses, and someone is trashing the quarterback anonymously to a national reporter. Can it get worse? Hell yes it can, and Pederson and Co. better figure out a way to stop the bleeding, and fast.