That Happened: Snakes on a plate and other weird stuff in the news recently

The week in review 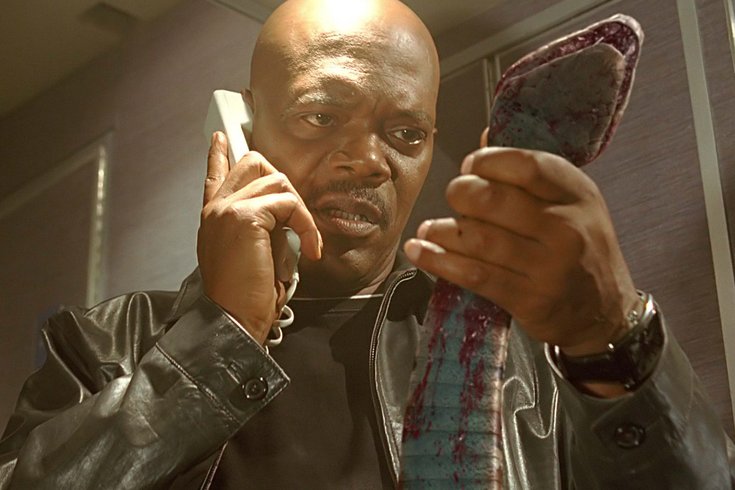 Snakes on a Plane/New Line Cinema

Would you like to eat a snake in an airplane setting?

A Delaware County man who said he “would rather die than have to watch the presidential debate” dies just hours before it starts, according to his obituary.

Dude. There was other stuff on.

According to a new audit, Pennsylvania provided welfare benefits for more than 2,000 deceased people over a 12-month period.

So far it has not helped.

The workers who went on strike at the Bethlehem candy factory that manufactures Peeps and other popular candy products will return to work without a new labor agreement.

“We finally decided it was better to have both health insurance and diabetes than to have neither one,” explains union spokesperson.

Airline-themed restaurant Destination Dogs, which serves sausage made of python, kangaroo and other exotic meats, opens on Walnut Street.

Just a heads up: The bathrooms are tiny.

Temple University will present Tina Fey with an ‘Alumni in the Media Award’ despite the fact that she didn’t go to school there.

Everyone at Temple agrees: It’s too boring to look up what ‘alumni’ means.

During an appearance at the Free Library, Bruce Springsteen signs a local boy’s excuse-of-absence letter to his teacher.

Sadly, the kid is sent to detention anyway for lionizing songs about working class heroes and desperate townies before being old enough to appreciate the heart-wrenching truths being expressed therein.

A new bill proposes that Pennsylvania high school students pass the civics portion of the naturalization test used by the U.S. Citizenship and Immigration Services.

By this time next year, all of our bad students will be deported.

“It’s starting to seem like the only reward us cops get for doing our jobs is the salary, pension, public award ceremonies and freedom to live by a different set of rules than the general public,” he says. “Just once I’d like to hear somebody say ‘Thank you, officer. Thank you for not killing that guy.’ Is that too much to ask?”