The museum was originally scheduled to open in 2020, but the pandemic pushed its opening back one year 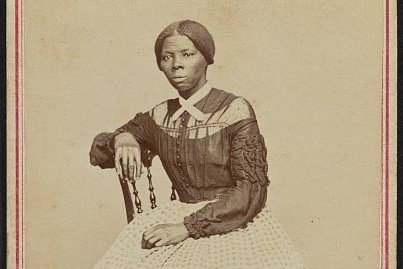 A museum commemorating Harriet Tubman and the abolitionist activism in Cape May opens on Juneteenth this year.

The Harriet Tubman museum officially opens its doors in Cape May on Juneteenth — the day commemorating the emancipation of enslaved people in the United States — with a grand opening event at 11 a.m. Saturday.

The museum, located in the Howell House, which served as the parsonage for the Macedonia Baptist Church, celebrates Tubman's life and her role in the underground railroad, as well as the abolitionist history in Cape May.

Cape May was an important stop in the Underground Railroad as the first foothold in the Northern states for enslaved people to flee to, NJ Monthly reported.

Tubman escaped slavery in Maryland and worked as a cook and domestic laborer in Cape May in the early 1850's. There, historians say she helped nine enslaved people escape.

Gov. Phil Murphy signed a bill into law last fall that established the museum as the official Harriet Tubman museum for the state. He also signed a law that made Juneteenth as a state holiday, celebrated every third Friday in June.


The museum was set to open last year on Juneteenth, but pandemic-caused delays pushed the opening date to Juneteenth 2021, NJ.com reported.

Visitors will see a nine-foot, 2,400 pound sculpture “Harriet Tubman - The Journey to Freedom,” by Emmy and Academy Award winning sculptor Wesley Wofford at the museum.

There are various artifacts from the area, like shackles, and a historical record on the underground railroad.

The museum is working on an educational programming initiative that includes a virtual tour in partnership with Friday is Tie Day, a mentoring program for high school students of color.

The grand opening event takes place in Rotary Park on Lafayette Street and will be live streamed on the museum's YouTube channel and on Facebook Live.

The event includes music and dance from the Pan African Rhythm Cooperative and reflections on the history of Juneteenth. There will be a ceremonial march and presentation form the 22nd regiment United States Colored Troops reenactors.