There are Mexican, Chinese and Southern California influences 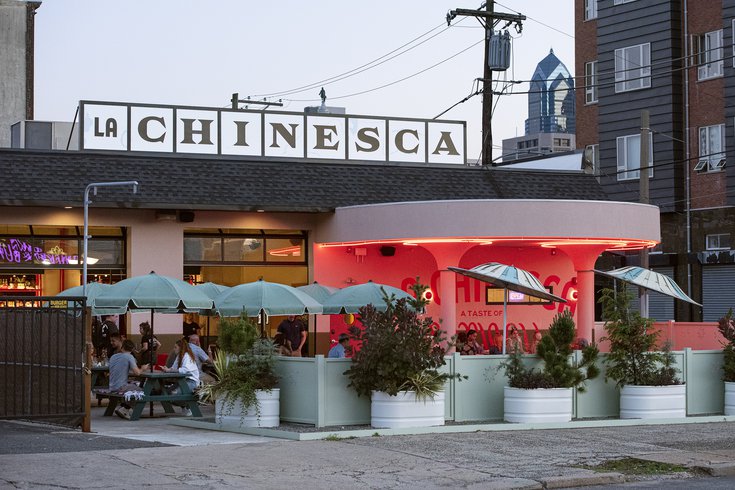 La Chinesca is a new restaurant that combines Mexican, Chinese and Southern California influences. It is located on the site of a former Jiffy Lube by Union Transfer in the Spring Arts neighborhood.

The cuisine borrows inspiration from the Mexican city of Mexicali, and specifically the Chinatown neighborhood commonly called La Chinesca. There are Mexican, Chinese and Southern California influences.

The menu includes dishes made for sharing, with a range of small bites and larger entrées. Tacos use flour tortillas, which are made and pressed in-house, and feature hard wheat flour from Doylestown’s Castle Valley Mill.

While most tortillas in Mexicali traditionally are made with lard, La Chinesca's will use grapeseed oil. 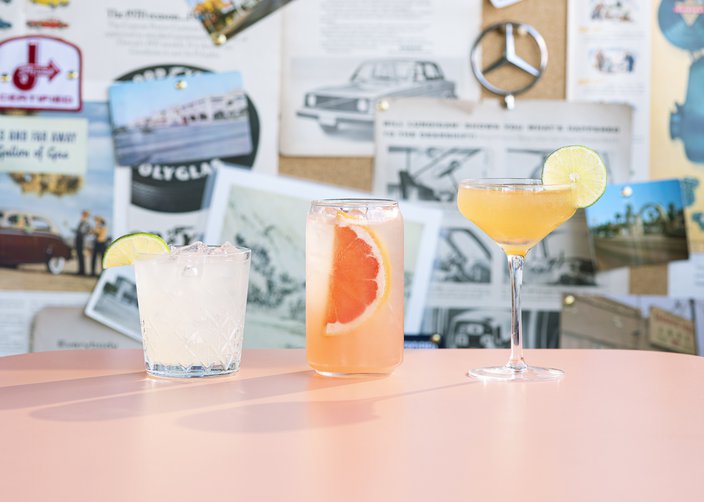 Drinks include a range of cocktails, plus beer, wine and seltzers.

The beverage program includes local craft beers on tap and some bottled beers like Tecate and Corona. "Beer service," inspired by Caguamas in Mexicali, where large glass bottled beers are wrapped in newspapers along with a side of limes, also will be available with 32-ounce Modelo and Corona Familiar.

Two California-based drink options include Flying Embers Spiked Pineapple Chili Kombucha and Golden Road Brewing’s Mango Cart. Cacti Seltzers in strawberry, lime and pineapple from Mexico made with blue agave will be on the list, too. The restaurant also will sell wines by the glass, as well as bottles exclusively from L.A. Cetto Winery.

At the helm of La Chinesca’s kitchen is Nicholas Bazik, culinary director of 13th Street Kitchens, with David Goody as executive chef.

Bazik most recently was responsible for the revamp of Kensington Quarters, which now has a new focus on sustainable seafood and coastal cuisine. Goody recently worked as culinary director for CookNSolo.

Bazik and Goody collaborated on the fare, inspired by the team's travels to Mexicali before the pandemic.

"From street side stalls serving up tacos with fixings, to the Chinatown basement restaurants offering a cool respite to diners, inspiration was found most notably through the hospitality of locals," according to a press release. 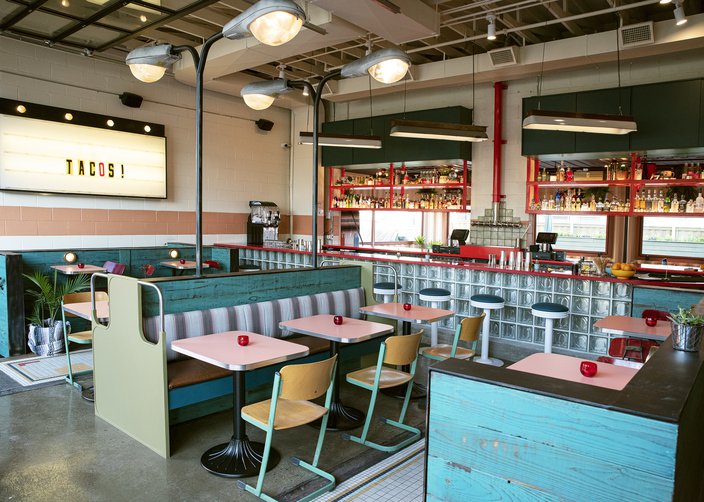 La Chinesca is located at the site of a former Jiffy Lube, which sat abandoned for about 10 years. Inside, the bar has 18 seats. There are low lounge tables and two refurbished shipping containers offering an additional dining area.

The basement offers private dining for up to 50 guests. It's decorated with salvaged church pews and newspaper prints on the walls. Outdoor seating is available on the front patio and at the back deck.

Walk-ins are welcome and reservations can be made through Resy. 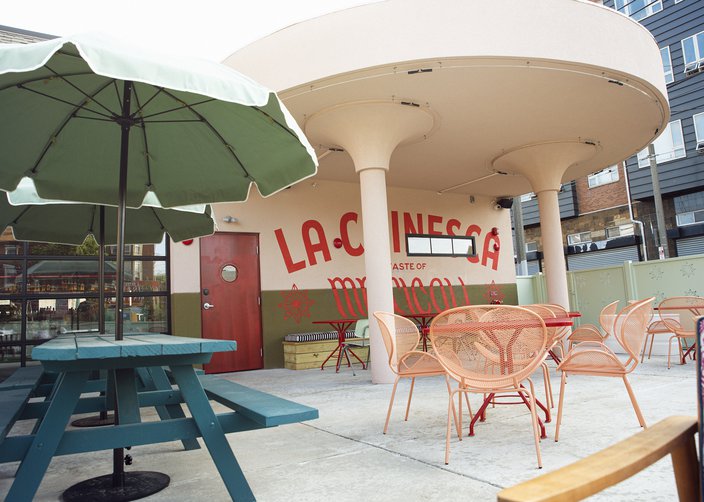