The authentic Mexican restaurant remains on the same block, and it will have a full liquor license and more seating at the new location 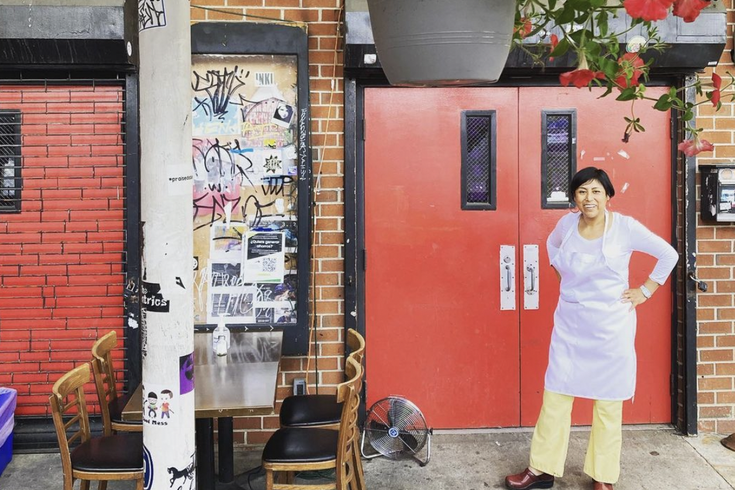 Chef Cristina Martinez has a signed a lease to move South Philly Barbacoa to 1132 S. Ninth St., the space formerly occupied by live music venue Connie's Ric Rac. With the move, the Mexican restaurant will soon be located next to Martinez's other restaurant, Casa Mexico.

The acclaimed Mexican restaurant, led by chef Cristina Martinez, announced a lease has been signed for the property at 1132 S. Ninth St., just four door up from its current location. No date has been given for a grand opening at the new location, where Martinez is seeking to hire local contractor to fulfill her vision for the space.

South Philly Barbacoa has made a number of moves in the area since its humble origins as a food cart around Eighth and Watkins streets in 2014. It previously had a storefront on South 11th Street, then moved to South Ninth Street at the site of former sister restaurant El Compadre. Last year, Martinez opened another restaurant, Casa Mexico, a few doors down from the current South Philly Barbacoa, which only operates on weekends.

After the impending move, the South Philly Barbacoa and Casa Mexico will be right next door to one another, at 1132 and 1134 S. Ninth Street.

The change gives South Philly Barbacoa a bigger space and options for expanded service. And given the restaurant's history of screenings and events, they'll have a lot more room to maneuver and plan.

The closure of Connie's Ric Rac marks another sad loss for live music in Philadelphia. The business first opened in the 1980s as a shop full of knick-knacks, but Connie Tartalglia took it to another level in 2006 when live music and comedy were introduced. The business, not a traditional bar, thrived as a performing arts venue that also served guests a choice of a few dozen craft beers to along with the entertainment.

With live shows decimated by the pandemic, Connie's Ric Rac had remained closed heading into Philadelphia's reopening this spring, though the business had experimented with virtual events last year. A Facebook post on Wednesday, the first from Connie's Ric Rac in nearly a year, showed their sign removed from the storefront.

We'll update the story when South Philly Barbacoa announces an opening date for the new location.