Casa Mexico, Cristina Martinez's latest venture, will serve lunch and dinner and is scheduled to debut in the coming weeks 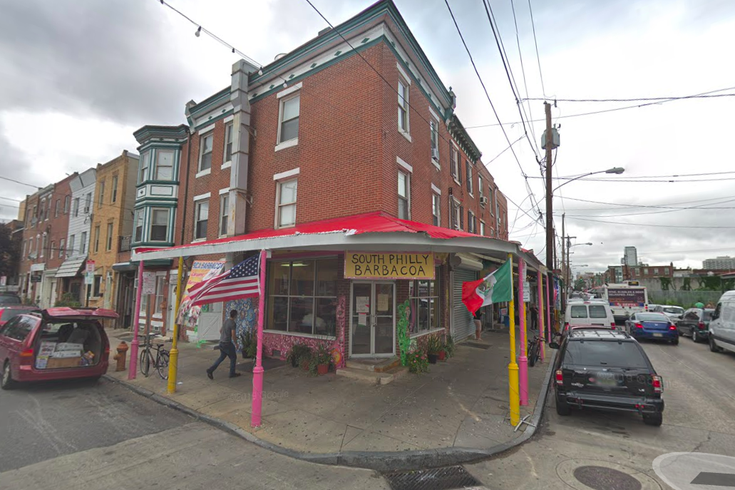 Cristina Martinez is opening a new restaurant, Casa Mexico, in South Philly's Italian market. The new Mexican restaurant will serve lunch and dinner with table service, and source ingredients from the many Italian and Mexican vendors in the market. It is also not far from Martinez' beloved South Philly Barbacoa, located just a few doors down.

Chef Cristina Martinez of the beloved South Philly Barbacoa is opening of a second restaurant in the Italian market.

Casa Mexico will replace what had been the only Greek restaurant in the Italian market, Koukouzeli, which just closed after a little over a year a year in business. The space is at 1134 S. Ninth St., just a few doors down from South Philly Barbacoa, Eater Philadelphia reported Wednesday.

Unlike Martinez' first restaurant, Casa Mexico will have table service and serve both lunch and dinner. Lunch will be a traditional "comida corrida," which is an affordable, home-cooked style meal of several Mexican dishes.

Like South Philly Barbacoa, the new space will not have a menu. Martinez told Eater she will list daily what Casa Mexico has to offer on a chalkboard, and source some of her ingredients from her neighbors in the Italian market. It will also be BYOB.

Casa Mexico should open by the end of the month or in early February.

If the restaurant is anything like its sister restaurant, diners can also expect long lines for award-winning taco dishes and cooked meat. Martinez' food at South Philly Barbacoa has been internationally acclaimed, featured in the Netflix TV shows "Chef's Table" and "Ugly Delicious," and earned several awards, including Martinez's nomination as a semifinalist for the James Beard Foundation's "Best Chef: Mid-Atlantic" in 2017.

Martinez also formerly ran a torta shop with her husband Ben Miller, who co-runs South Philly Barbacoa with her. The couple took over the torta shop El Compadre in 2017 and closed it soon after in 2018, following the death of Martinez' 23-year-old son.

South Philly Barbacoa is renowned for its "barbacoa" tacos, which are made with a style of beef cooking that originated from a Caribbean indigenous tribe the Taino. The word "barbecue" is actually derived from "barbacoa," which is Spanish.

Martinez is also passionate activist for immigrant rights and other issues, and just finished a fundraiser for Puerto Rican earthquake victims this week.