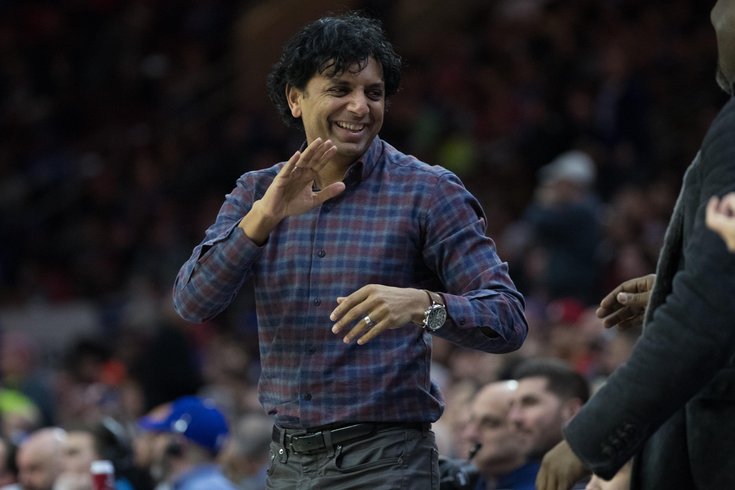 Filmmaker Francesca Gregorini alleges in a lawsuit that director M. Night Shyamalan stole her movie concept in the making of his new show 'Servant,' according to a report in The Atlantic.

Filmmaker Francesca Gregorini is alleging in a lawsuit that director M. Night Shyamalan stole her movie concept in the making of his new show "Servant", according to The Atlantic.

Gregorini said that she first heard of the Apple TV+ show when the trailer was released in November, at which time Gregorini said she began receiving celebratory phone calls because many people assumed that she sold off the rights to her 2013 film, “The Truth About Emanuel”, given how similar the premise of the show was to her movie.

But others knew that something wasn’t right. "Servant"  too resembling of her film that starred Jessica Biel and debuted at the Sundance Film Festival, Gregorini told The Atlantic.

"And then a couple of the calls (were) from other filmmakers who know what happens in Hollywood, and who were ... up in arms letting me know that something had gone terribly wrong," Gregorini said.

Neither Shyamalan nor Basgallop claims to have seen Gregorini’s movie and called any similarities a "coincidence," according to her complaint.

The plots of the show and the film center around a mom who is grieving the death of her baby. The character uses a lifelike doll to help her process the loss and in turn, forms a close relationship with the nanny hired to take care of the infant. Gregorini said that the show’s plot, characters, shot choices, and music are just some of the aspects she claims are virtually identical to her film.

”Servant” was filmed in the Rittenhouse-Fitler Square neighborhoods of Philadelphia, as Shyamalan frequently films in and around Philadelphia. The 49-year-old grew up outside of the city in Penn Valley along the Main Line.

Shyalaman has been accused of plagiarism several times in the past. Pennsylvania screenwriter Robert McIlhinney filed a lawsuit against Shyamalan in 2003 for taking ideas from an unproduced screenplay McIlhinney had written called "Lord of the Barrens: The Jersey Devil," according to the New York Times.

Author Margaret Peterson Haddix said in 2004 that Shyamalan’s "The Village" was very similar in plot to her 1995 novel "Running Out of Time," according to the New York Times.