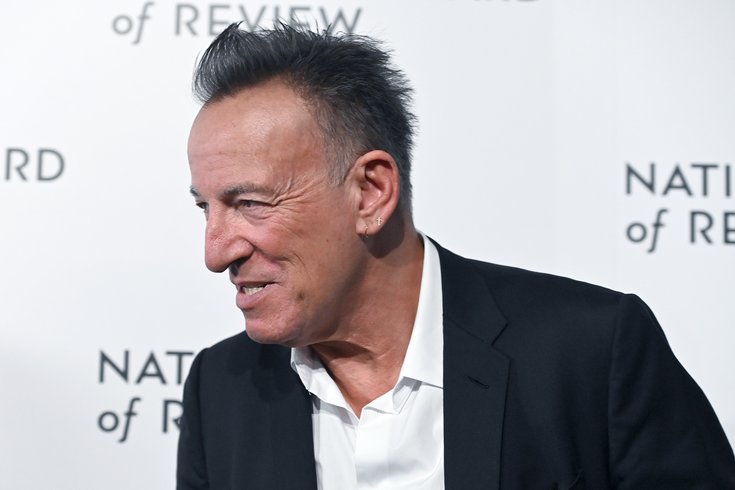 The Boss's 26-year-old son Sam is the youngest of his three children.

Bruce Springsteen has written and performed a number of songs — some of which have been considered among his best — with the word “fire” as part of the title or the lyrics. Now the word takes on a whole new meaning for The Boss, as his youngest son, Sam Springsteen, was sworn in as a Jersey City firefighter.

The 26-year-old Springsteen was one of 15 new firefighters to join the Jersey City Fire Department on Tuesday. Both of Sam’s rockstar parents, the elder Springsteen and E Street Band member Patti Scialfa, were in attendance and sat in the front row, according to the Associated Press.

"This is my son's day, so I'm staying out of it," the 70-year-old Springsteen said to reporters. "We're very proud. It was a long road. He was very dedicated for quite a few years, and we're just excited for him today."

Sam and other new firefighters completed five months of training at the Public Safety Training Academy in Morristown, New Jersey, according to the Asbury Park Press. He said that the training “wasn’t easy.”

Scialfa, who has been married to the Springsteen for 28 years, revealed the news that the couple's son had been hired by the Jersey City Fire Department over the summer via Instagram.

Sam, who is one of Springsteen and Scialfa's three children, reportedly took the Jersey City Fire Department’s civil service exam in 2018. Sam Springsteen graduated from the Monmouth County Fire Academy in 2014 and joined the volunteer fire department in Colts Neck, New Jersey, where his parents currently reside on a farm.

“You know I think he can handle himself really well,” Springsteen said to reporters when he asked if he was worried about his son.