Controversial bill fails to garner enough support for a vote 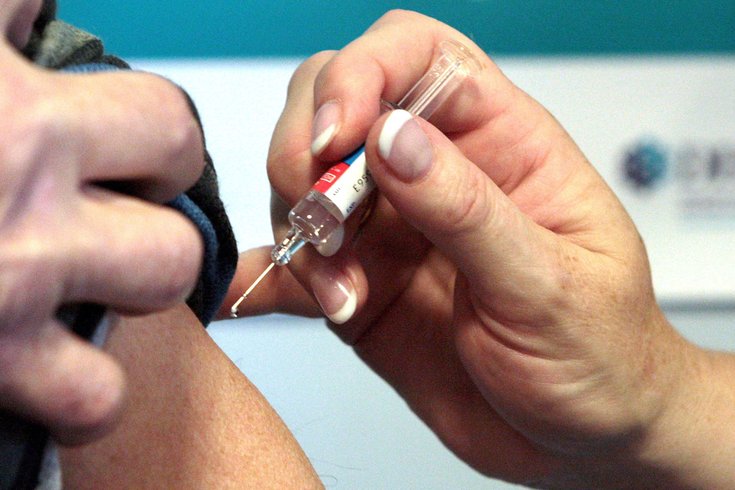 A New Jersey bill that would have banned religious exemption from childhood vaccines failed to pass the state Senate, effectively killing the bill until the next legislative session. Above, a patient receives a vaccine.

A New Jersey bill that would have ended religious exemption from childhood vaccines collapsed in the state Senate on Monday after the bill failed to garner enough support to be brought to a vote.

Senate President Steve Sweeney, a Democrat from Gloucester County, told NJ.com that the bill fell one vote short of being passed.

The Senate was set to vote on Senate Bill No. 2173 for the second time in a month after it had already passed in the state Assembly last month. The controversial bill only would have permitted certain medical conditions as a reason to refuse childhood vaccinations against infectious diseases.

New Jersey would have become the sixth state to restrict childhood vaccine exemptions to medical reasons, if the bill eventually had been signed into law by Gov. Phil Murphy.

An amended version of the bill, which was seen as more of a compromise, might have earned enough votes to pass the Senate as recently as last week, according to NJ.com. But the Assembly also would have had needed to pass the amended version.

The amended version would have allowed both private schools and day-care centers to decide whether to accept unvaccinated students as long as they informed families of their immunization policy. Vaccinations would have been required for admission to public schools, except for medical reasons.

Supporters of the current Senate bill are set to reintroduce it as early as Tuesday when the new legislative session begins. Reintroducing the bill restarts the legislative process, and according to Sweeney, it likely would include public hearings with experts from both sides of the debate.