What vaccines are recommended for children and when should they be given?

Immunization is still the best defense your child has against disease, experts say 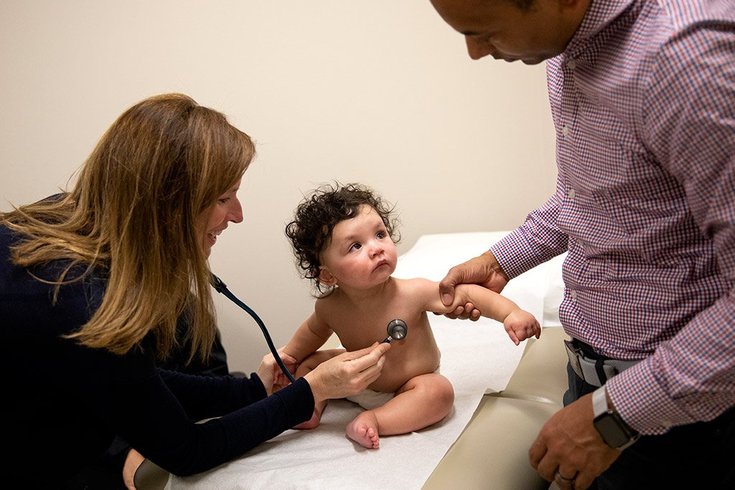 Below is a list of vaccinations commonly administered to children and the ages at which doctors recommend they be given.

Just this past year, lower rates of people being vaccinated for measles, mumps, and rubella resulted in outbreaks of measles in certain parts of the United States, leading to serious illnesses and sometimes death.

Are your children up-to-date on all their immunizations? Here are the most common vaccinations recommended for children.

The varicella vaccine – commonly knows as the chickenpox vaccine – is recommended for infants between 12-15 months old. Children also will require booster shots between the ages of 4-6 years old. Chicken pox is a very contagious viral infection that causes a rash and blisters.

The DTaP vaccine targets three infections at once: diphtheria, a throat infection that can lead to serious breathing problems; tetanus or lockjaw, which can affect the nerves after a wound becomes infected by bacteria; and pertussis or whooping cough, which starts out similarly to a cold but then turns into a serious respiratory illness.

This vaccine consists of five injections given at 2 months, 4 months, 6 months, 15 to 18 months and between 4 and 6 years of age. A booster shot, the Tdap, is then given between the ages of 11 and 12.

Hepatitis A is a liver disease that can lead to nausea, stomach pain, jaundice, lack of appetite and fatigue. Children should receive their first doses of the hepatitis A vaccine between 12 to 23 months old, followed by second dosages administered 6 to 18 months later.

The hepatitis B virus also affects the liver but the results of the viral infection can vary from mild symptoms that only last a few weeks to a chronic illness that can lead to cirrhosis or liver cancer. The hepatitis B vaccine is administered with three injections, the first being given right after birth, then between 1 and 2 months old, and children receive the third shot between 6 and 18 months of age.

Before this vaccine was available, children under 5 were at serious risk of developing meningitis from the Haemophilus influenzae type b bacteria. The immunization schedule for Hib calls for injections at 2 months, 4 months, 6 months (only for certain types), and a booster shot between 12 and 15 months of age.

The human papillomavirus vaccine – commonly known as the HPV vaccine – protects against a sexually transmitted disease that increases the risk of several types of cancer. It is recommended for girls and boys. The first injection takes place at 11 or 12 years of age followed by a second shot less than 12 months later. Children who don't start the vaccine series before their 15th birthdays require three shots.

The measles, mumps and rubella vaccine, or MMR vaccine, protects against three common childhood illnesses: measles, mumps and rubella ( also know as the German measles). Measles can be identified by a flat rash that generally starts on the face and spreads downward to the rest of the body. Mumps is characterized by, according to the Centers for Disease Control and Prevention, swollen salivary glands that give your child's face a puffy look. Rubella also causes a rash and flu-like symptoms.

In order to protect your child from meninogococcal disease – meningitis and the blood-infection septicaemia – a vaccine is advised. Currently, the only meningococcal vaccine that is recommended is the meningococcal conjugate vaccine that targets four types of meningococcal bacteria (types A, C, W and Y). It is usually administered at your child's 11- or 12-year-old wellness visit with a booster given when he or she is 16.

There is also a new meningococcal vaccine (MenB) which protects against type B meningococcal bacterium. The CDC recommends this one for teens and young adults, and for anyone 10 years or older with an increased risk for meningococcal disease.

Polio is a disease that can lead to permanent paralysis. An inactivated poliovirus vaccine is advised first at age 2 months and subsequently at 4 months, between 6 and 18 months and lastly between 4 and 6 years old.

The rotavirus is especially dangerous to babies and toddlers because the vomiting and diarrhea can lead to dehydration and serious complications. The rotavirus vaccine usually is given at 2 months, 4 months and one type, the RotaTeq, also has another dose at 6 months of age.

In addition the vaccines above, the influenza vaccine is recommended annually for everyone 6 months of age and older. You can find the full immunization schedule recommended by the American Academy of Pediatrics here.