Mom's measles immunity may not protect baby beyond first 3 months 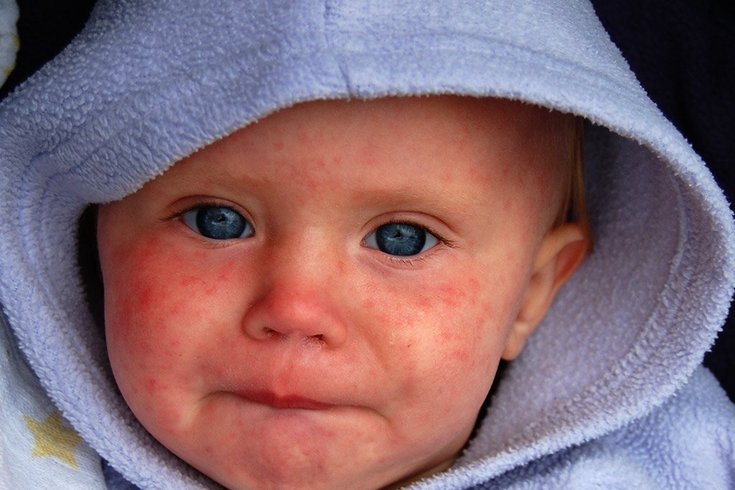 Scientists previously believed a mother's measles antibodies offered her newborn infant protection for six months. But a new study shows it may only last half as long.

Many new moms have taken comfort in knowing that their measles immunity would protect their baby against the disease for at least their first six months of life, but a new study finds that this protection may only last for about three months.

A Canadian study published online by the American Academy of Pediatrics measured the antibody levels of 196 babies at a Toronto hospital. Surprisingly, not only did all of the 6-month olds have antibody levels below the protective threshold, but so did 92% of 3-month-old babies and 20% of newborns.

"Prior to this research we assumed that in general, infants were immune to measles for at least the majority of the first 6 months of age," researcher Shelly Bolotin, a scientist at Public Health Ontario and an assistant professor at the University of Toronto, told NBC News.

The varying levels of protection seen in the study may have been because Ontario has a high measles vaccination rate, Bolotin said. The women in the study most likely did not have frequent exposure to measles, which can give the immune system a boost.

The study's findings are concerning because children generally do not receive the Measles, Mumps and Rubella (MMR) vaccine until at least 12 months of age.

The U.S. Centers for Disease Control and Prevention currently recommends that children get their first dose of the MMR vaccine at 12 to 15 months of age and the second dose at 4 to 6 years of age. The vaccine is less effective in babies younger than a year; however, if you are traveling outside the country, babies that are at least six months old can receive one dose of the MMR vaccine before the trip.

Measles is a viral disease that typically manifests as a rash, high fever, runny nose and cough. It can be especially dangerous for babies and young children, leading to pneumonia, encephalitis and, in some cases, death. Each year, measles is still responsible for the deaths of more than 100,000 people worldwide each year, according to the Mayo Clinic. Most of them are children under the age of 5.

With the rash of measles outbreaks in the U.S. recently, it is important for parents to protect their babies and young children from measles exposure as much as possible.

Dr. Sean O'Leary, an associate professor of pediatrics at the University of Colorado in Aurora and a spokesperson for the American Academy of Pediatrics, told NBC News that he advises parents to be vigilant about checking the immunity status of anyone who will be around their baby, especially any caregivers.