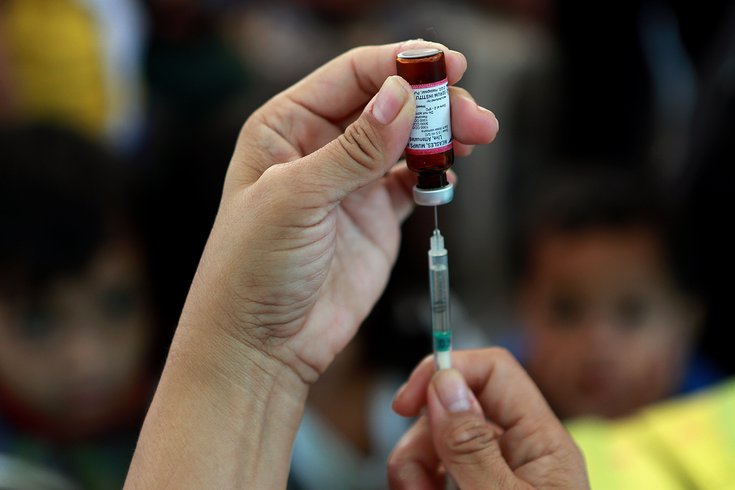 While not everyone may be against receiving vaccinations, 45% of Americans still doubt vaccines safety, according to a survey conducted by The Harris Poll on behalf of the American Osteopathic Association. Above, a free measles vaccine is distributed last month during the Philippine Red Cross Measles Outbreak Vaccination Response in Manila.

A large percentage of Americans still doubt the safety if vaccines, according to a new survey conducted by The Harris Poll on behalf of the American Osteopathic Association.

The survey revealed that while 55% of Americans do not doubt vaccine safety, 45% of Americans have been influenced by one of several factors to question their effectiveness. Despite these concerns, 82% of respondents in the poll said they were in favor of the use vaccines.

The 8% of people in the poll who do not vaccinate can still cause a potential health risk, according family physician Dr. Paul Ehrmann. He said that diseases, like measles, need 95% of the population to be vaccinated in order to effectively protect those who cannot be vaccinated due to certain medical conditions, such as an impaired immune system.

The top factors leading to respondents believing vaccines are potentially harmful include online articles (16%), past secrets or wrongdoings by the pharmaceutical industry (16%), and information from medical experts (12%). Other factors include social media content, personal experience, information from family members, and religious beliefs.