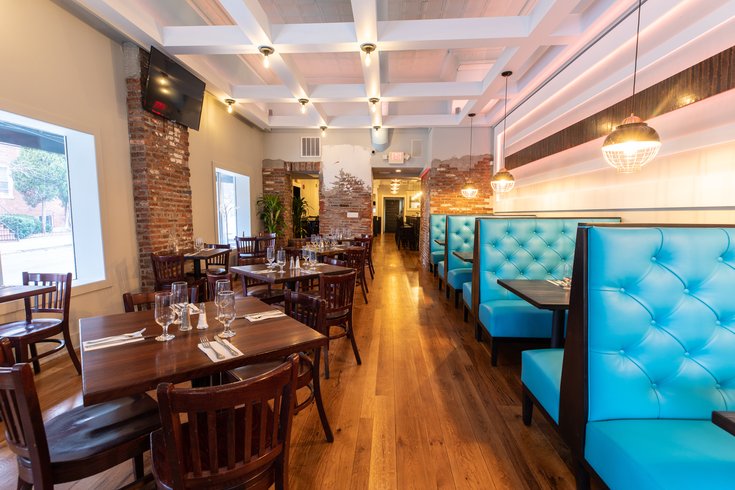 The Fairview is located at 601 N. 21st St., Philadelphia, PA 19130. The bar and restaurant has replaced The Belgian Cafe in Fairmount.

Gone is the Belgian Cafe at the corner of 21st and Green streets in Fairmount. The sister bar to Monk's Cafe in Center City has been replaced with The Fairview.

The new neighborhood bar is quite different than its predecessor, which was Carey's aim.

"As much as I loved the Belgian Cafe, I wanted a big change," he said. "I want you to walk into The Fairview and not realize it was the same place."

RELATED: Steak 48, an upscale steakhouse, to open on South Broad Street in Center City | Getaway at the Greenhouse returns with summer-inspired programming 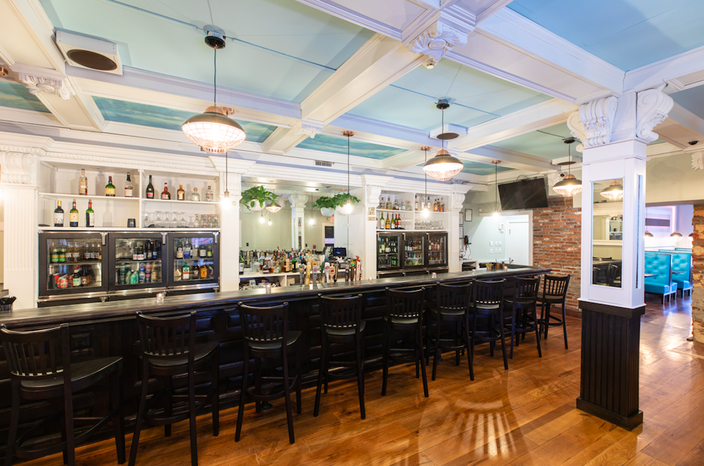 Inside The Fairview in Fairmount. The bar seats 15, while the lounge area around the bar has additional seating. There's also a dining room.

It's much brighter inside, there are TVs and chef Beth Fox puts an emphasis on vegetarian and vegan dishes. One menu highlight is the vegan green chili cheeseburger empanadas.

But guests still will find a juicy burger on the menu and mussels, as a nod to the former bar.

The Fairview will officially open on Thursday, with live music from 6 to 8 p.m. Happy hour, from 5 to 7 p.m. daily, will begin next week.

Below is the menu. 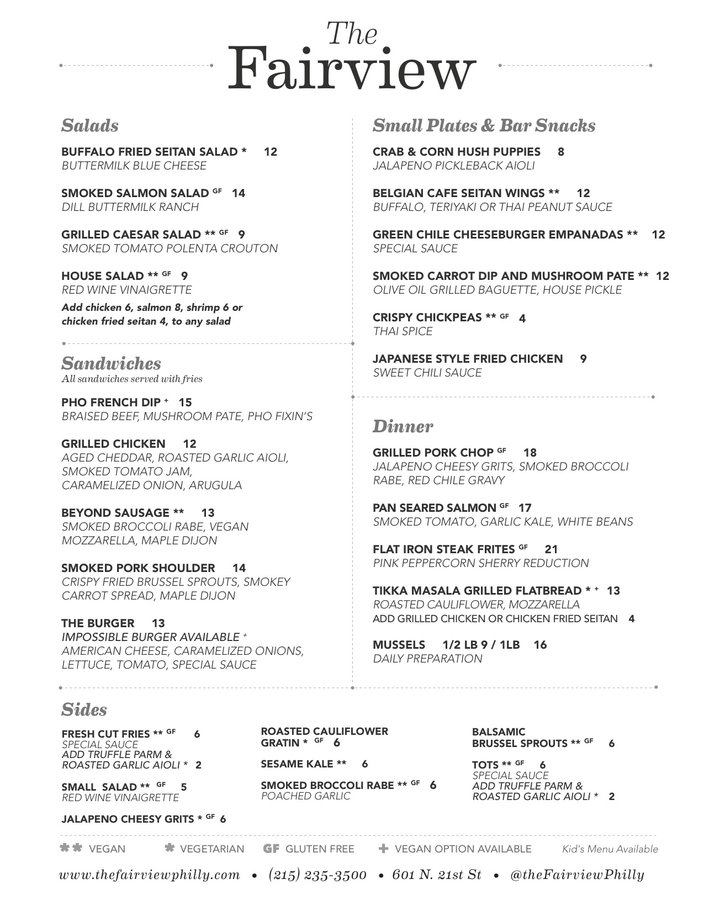