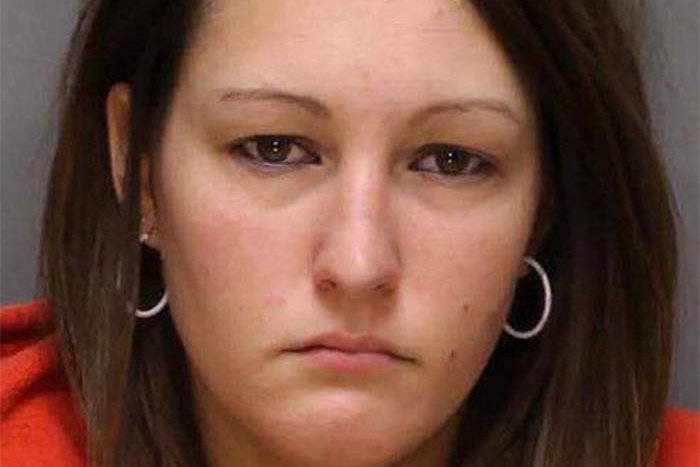 Gwendolyn Marie Prebish, 27, of Hatboro, Montgomery County, is charged in the overdose death of a Willow Grove man.

A Montgomery County woman was arrested Thursday and charged with allegedly selling the fentanyl that killed a man in a neighboring town.

An investigation into Pastorino's death by Upper Moreland police and Montgomery County detectives showed that the night before the man's death in his bedroom, he had exchanged drug-related text messages with his heroin supplier, officials said. The dealer agreed to deliver four bags of purported heroin to his residence.

An autopsy by the Montgomery County coroner, however, found that fentanyl, not heroin, was the cause of death for Pastorino. Fentanyl is a synthetic opioid that is 40 to 50 times more deadly than street-level heroin. Tests conducted on baggies discovered near Pastorino’s body determined they contained fentanyl, officials said.

Officials allege Prebish was the victim’s dealer. She is charged with Drug Delivery Resulting in Death, a felony criminal homicide charge that carries a possible sentence of up to 40 years — a penalty similar to third-degree murder. She is also charged with Involuntary Manslaughter.

“You give a drug to someone and they die as a result of the drug, you are on the hook for Drug Delivery Resulting in Death,” Montgomery County District Attorney Kevin R. Steele said in a statement. “Drug dealers need to know that they are killing people, and they will be held criminally responsible. Michael Pastorino died by someone poisoning him with this very deadly drug—fentanyl.

“Too many people are dying, and it’s because of this heroin and fentanyl epidemic. Addicts do not know that what they are injecting is the much more powerful fentanyl since it looks practically identical to heroin. But when it hits their system, the fentanyl shuts down their body, and they die.”

Prebish was arraigned Thursday before Magisterial District Judge Paul N. Leo in Hatboro. Bail was set at $1 million, and the defendant was remanded to the Montgomery County Correctional Facility. A preliminary hearing was set before Leo for 11 a.m. on Dec. 21.

The case will be prosecuted by Assistant District Attorney Kathleen McLaughlin, the captain of the Drug Unit.