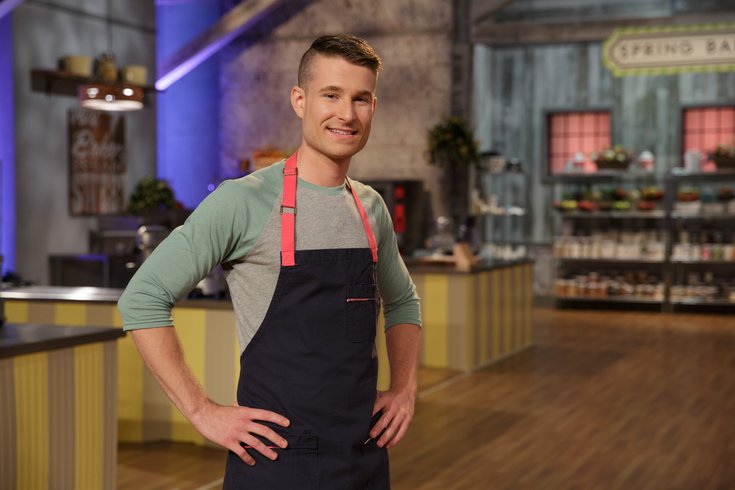 Langan, who, like many bakers got into the biz after spending ample time in the kitchen with grandma as a child, is a 26-year-old, self-described sugar artist who taught himself how to bake while working as a personal fitness trainer through college. (Notably, he still works as a trainer – "It keeps me in check with all the baked goods and cakes I'm around every day," he said.) He operates his cake and pastries business, Baked by Dan, out of his home, where he sculpts cakes like Donatello armed with fondant icing.

On Sunday, April 10, Langan will take his sugar artistry a step further by joining the cast of season two of Food Network's "Spring Baking Championship." He'll compete in a bake-off with seven other contestants plucked from across the country, all for a grand prize of $50,000. The season consists of six hour-long episodes set to air in the weeks ahead.

Naturally, Langan's tight-lipped on how far his pastry skills landed him in the competition. All the same, we caught up with him to gab about the baker life before the Sunday night premiere -- chitchat about baking "wow" cakes for Main Line clients, what he considers a spring dessert and how real the reality show actually is.

The episode that airs on Sunday has a 'spring treat' theme. What do you consider a spring treat?

When I think of spring desserts, I think of ones that are, first and foremost, colorful -- desserts that get their color from items of the season. Fruits, vegetables, berries or flowers. When I think of spring baking, I think of using the fruits or bounty of the season in the dessert. I also think with spring and summer that desserts are usually a bit lighter, a little bit less indulgent. Maybe they get a good bit of their sweetness or flavor from those fruits and vegetables, as opposed to winter desserts that are more about spice, heaviness and indulgent things.

Looks like you do a lot of cakes through Baked by Dan. Is that your specialty?

I would say so. I always tell people cakes probably are my main thing -- everything I do is made from scratch in small batches to order. Whether it’s a cake, simple cupcakes or a tray of cookies, I really put a lot of care into everything I make. Flavor is No. 1, but when I do get the opportunity to bring artistry and presentation to it -- making a 3-D cake or wedding cake -- that’s when I get the chance to shine, and my personality as a baker or sugar artist comes through.

These cakes look awfully complicated. Was cake-designing a difficult skill to learn?

You know, people often ask me if cake-decorating was a thing that was difficult or hard, and I don’t like to use those words. I like to say it’s time-consuming and that it takes practice. It takes a lot of patience and passion. Because there is a lot of trial and error. You do fail a good bit before you succeed. So, it’s something you definitely have to want to do. And it’s something I had to push myself to do because I taught myself how to decorate and bake – there wasn’t anyone teaching me or holding my hand. Perseverance and just continually practicing hours on end is what I think helped me develop the skills I have. I wouldn’t say it’s difficult, it just took a lot of work. 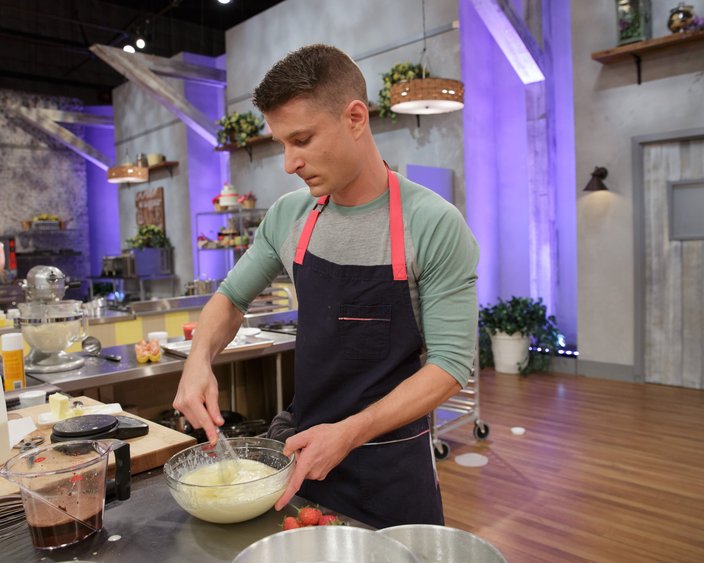 What do your Main Line clients ask you to bake? Any consistency to what they ask you to make for them?

Well, I work pretty closely on the Main Line with a restaurant in Rosemont called Antonella’s Italian Kitchen. And the owners of that restaurant, Ray and Antonella, were the first people in the area to take me under their wing when Baked by Dan became a thing. For them, I make a lot of biscotti and cookies and brownies and things they use for their restaurant and their everyday clients and takeout. But as far as cakes, I think people come to me for cakes when they want to make a statement at their party. I make plenty of birthday cakes and smaller-scale things. I try to work within everyone’s budget. But I think the main reason people come to me is they really want something to stand out – they really want a centerpiece and something that will 'wow' and surprise people. And I think people have learned that’s something they’ll get from Baked by Dan. I can’t say there’s one specific thing people always order; it always varies. But it always goes back to that ‘wow’ factor.

Have a favorite cake you’ve baked or designed that wowed you?

One of my favorite cakes was a huge wine bottle. It was a little over 2 feet tall when it was done and was a full cake. I went to the wine store, bought a bottle of wine, took all the measurements of the bottle and scaled everything up 200 percent. So I was following all the proportions exactly as I was designing the cake. By the time the cake was done, I put it on a marble board -- a board I had made look like marble -- and I added chocolate and a block of cheese and crackers, and when I was finished, I was really happy with it. One of my favorites.

What are you hoping to get out of the show?

Langan: If they say 15 minutes, you’d better have it baked, cooled, put together and presented on a platter for these judges and have it look awesome. There are no tricks about it. It is what it is.

That’s a really good question. With anything in life, and with this show, I like to keep an open attitude and hope that if you put effort into something and show people what you do, opportunities I may not have even considered may come from the exposure of the show. But the main thing that I guess I’m hoping for professionally, for myself, is to use 'Spring Baking Championship' as an outlet to teach. Because what I enjoy most about the world of sugar art is being able to collaborate with other people who do what I do and want to learn to do what I do. I actually teach quite a bit, so I’m hoping to be able to travel and teach even more. So maybe it will give me an outlet to be able to do that.

What have you learned from competing?

Being on the show was a humbling experience. It was an honor just to, in a basic sense, be able to work alongside pastry chefs and sugar artists from all over the U.S. who have worked with sous teams and have done amazing things. To be in the kitchen, creating things with those people, I’d say it was probably one of the coolest experiences of my life. Every person on the show -- I think I could speak for everyone to say even though it was a competition, if anything, you leave that experience with seven wonderful new friends, and we all really keep in touch with each other. I’d say at least once or twice a week. I'd say that was the best part.

Being on set, what surprised you most about how everything operated?

I think the thing that surprised me most and what made the competition so real, raw and so much fun is if they say you have a certain amount of time to bake a cake, that’s actually true. If they say 15 minutes, you’d better have it baked, cooled, put together and presented on a platter for these judges and have it look awesome. There are no tricks about it. It is what it is.

What would you do with the prize money?

That’s an easy question to answer: I’d open up a bakery. I'd call it a cake studio or cupcake shop. Opening a bakery has pretty much been my life's dream since I realized how much I loved to bake as a child. And I’d want to keep it local in my hometown of Havertown -- to work with the people in the neighborhood I’ve grown up with and grown to love.