Patience Carter lost a friend and got shot in the leg, but still pushes forward 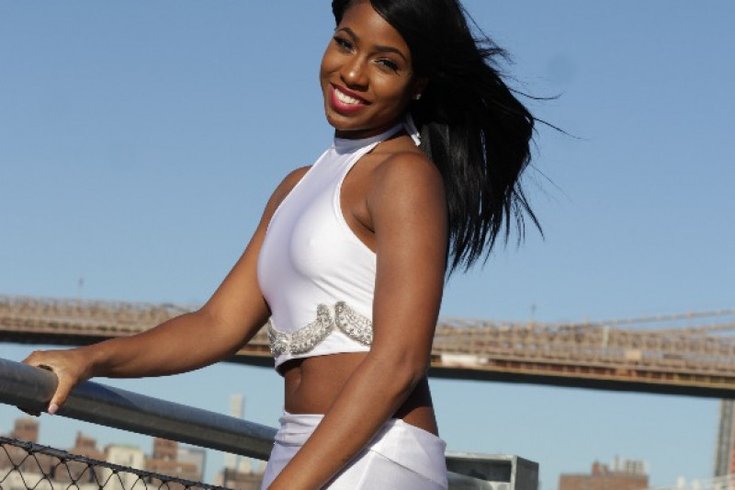 Patience Carter was shot in the leg during the June 2016 mass shooting at the Pulse nightclub in Orlando. She will compete in the Miss Black America pageant in Philadelphia in August 2017.

The gunman shot her in the right leg and wounded 57 others before he was killed by police.

The 21-year-old Philadelphia native emerged from the Pulse nightclub shootings saddled with grief; her friend, Akyra Murray of Philadelphia, had been killed. But she also didn’t let the tragedy send her into a downward spiral, even as conspiracy theorists mocked her as a “crisis actor” in a story they deemed a “hoax.”

Carter, who attended University City High School for three years and graduated from the School of the Future, is currently living in California where she’s studying at UCLA’s Creative Producing program and interning at Paramount Pictures.

She’ll return to Philadelphia next month to compete in the 49th annual Miss Black America Pageant on invitation from pageant organizers. She could use your help to cover the expenses related to the competition

Speaking to PhillyVoice from Los Angeles on the phone Thursday, Carter shared details of the past year, how she's dealt with those absurd theories as well as the pageant, which is scheduled for August 26 at the Venice Island Performing Arts Amphitheater in Manayunk.

“I was iffy about it at first in a superficial way, since it’s about beauty and I was worried about the scars on my legs,” she said of the pageant. “I had some self-confidence issues before signing on to do it, but now I’m at a place where it’s cool, that I can be comfortable in my own skin and just be me.”

She had a role in last year’s pageant, but not as a competitor. Organizers invited her to present the Miss Positivity Award. At the time, she was still on crutches.

“It’s a huge transition,” said Carter, who competed in the National American Miss Pageant as a high schooler. “I’ll be able to show my growth from last year to this year.”

The horrible experience still comes to mind from time to time, making the past 13 months a bit of an emotional roller coaster.

“Since I’m out here by myself, I have a lot of time to reflect. Sometimes, it’s good and I’m happy. Other times, I get really sad thinking about how something so horrible happened and I somehow lived through it,” she said. “I feel guilty every now and again since I’m out here living my dreams and so many others can’t do that.”

Making matters worse are the comments on YouTube and other social-media sites written by people who latch onto those conspiracy theories about an event that clearly happened and almost ended her life.

“I hesitate to post online when things are going good for me,” she said. “(The comments are) very hurtful.”

That hesitation “made me feel kind of weird” even going public with her pageant fundraising drive.

“I don’t want to give them ammunition to fire it up again,” she said. “I wish there was a different way to do it.”

Still, she didn’t realize the expenses that go into such an endeavor from pageant fees and travel to hair, makeup and gowns.

In addition to a GoFundMe campaign, helping her in that effort is the locally-based Gun Violence Survivors Foundation (GVSF), which aims to raise $4,000 – and potentially line up vendors – to help Carter cover pageant expenses and aesthetic needs.

"It is our sole mission: a true non-profit supporting survivors of gun violence in America and are fully transparent to what donations are used for," he said. "She re-inspired me to continue what we do even though we are such a small non-profit.

"Speaking with her, I listened to her goals and aspirations after sustaining such injuries and the loss of a close friend," he added. "She still has the drive to push beyond barriers to create opportunities in her life. It was a calling to me and I will do everything in my power to see that she is able to achieve this personal goal of becoming the next Miss Black America 2017."

For Carter, winning would be nice, particularly because she would “use her platform for something much bigger than myself” – stricter gun laws and greater domestic-terrorism awareness.

“In the black community, there’s not a lot of education about terrorism at home," she said. "Even today, I still hear that you have to look out for your surroundings. Well, there’s no way I could have possibly been prepared for a terrorist attack. Nobody can.

"I’ll advocate for stricter gun laws. This has to change. It’s horrible. It’s just scary to think someone flagged by the FBI could still access these weapons that should only be used by the military.”

Even if she doesn’t take the pageant crown, Carter said having a new experience such as this just a year after facing such a horrible situation qualifies as a victory in and of itself.