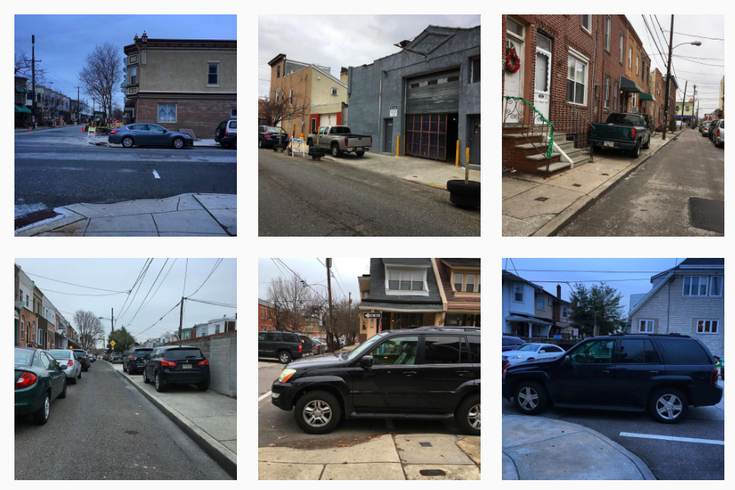 A screenshot of the Instagram page for Not A Parking Spot.

People will park anywhere in Philly. Seriously, South Philly residents almost had a conniption when they were told they couldn't park in the middle of the street for six days during the Democratic National Convention. There's even a television show about the city's parking authority that shows people freaking out when they get ticketed for their parking violations.

Drivers' parking no-no’s often irk the city's pedestrians and cyclists, but thanks to a new social media account, those violations are being put on blast. Not A Parking Spot (@not_a_spot_phila on Instagram, @NotASpotPhila on Twitter) has been posting pictures of blatant parking infractions since Thursday.

For instance, parking on a crosswalk is not a parking spot:

A driver parks fully on top of a crosswalk, blocking an ADA curb cut in @fishtown #notaparkingspot pic.twitter.com/eDXbtyFhEN

Parking on the sidewalk? Also not a spot:

There are plenty of other cases:

You can see more examples of what aren't parking spots here and here.