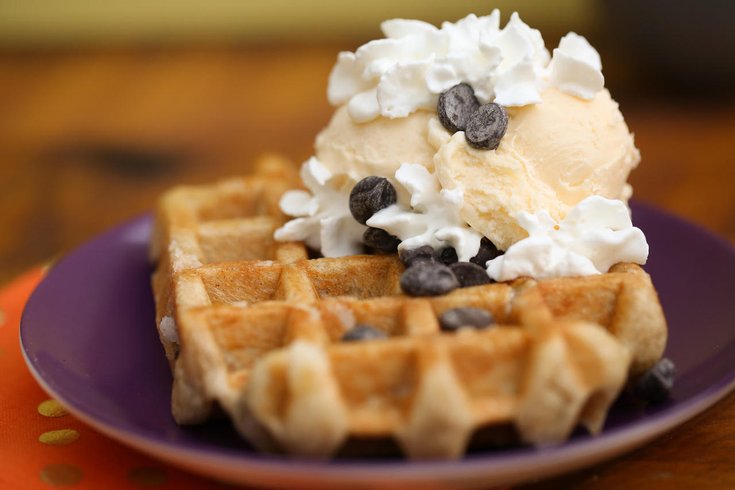 In the almanac of random holidays, today is National Waffle Day. That means that it’s perfectly acceptable to get your fix and treat yourself to a Thursday brunch that’ll leave you feeling particularly Belgian for the day.

If, however, you don’t exactly have the time or the means to devote yourself to the “holiday,” you can also grab waffles at two Center City locations quickly and for free.

Waffatopia, a Conshohocken-based shop specializing in caramelized Belgian waffles, will roll its “Waffamobile” out to two locations.

This morning, at 17th & JFK streets outside Suburban Station, it will pop up during morning commute hours until supplies last.

At noon, head to Rittenhouse Square until 2 p.m., where the Waffamobile will make its return.

The giveaway will also expand outside of the city. Waffatopia co-founders Andrea and Brian Polizzi will also offer one free waffle to every customer who shows up to their Conshohocken facility at 1050 Colwell Lane, tomorrow, Friday, Aug. 25, from 3 to 7 p.m., and Saturday, Aug. 26, from 10 a.m. to noon.

The giveaway is occurring in conjunction with a donation to Philabundance, one of the area’s largest hunger relief organizations. Waffatopia will donate one pound of waffles to Philabundance for every box of waffles purchased on their site between now and Saturday, Aug. 26, at midnight.