Philly's best late-night food, according to 9 restaurant workers who would know 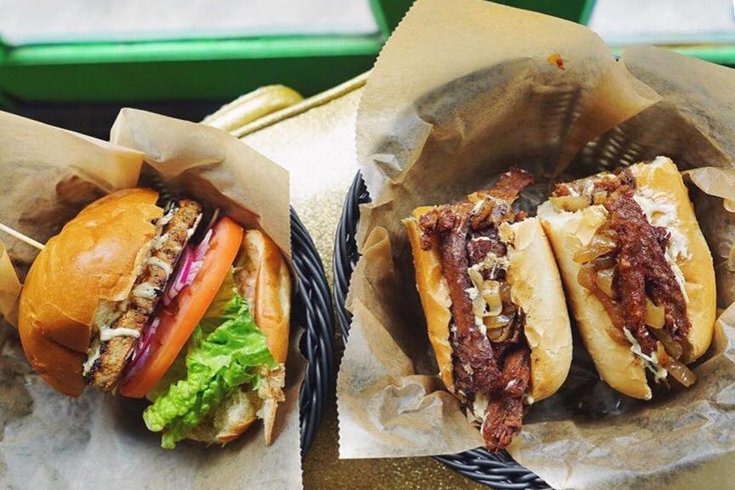 Even in the wake of Little Pete’s closure, the options for late-night food in Philadelphia aren’t at all lost if you know where to look. Nobody knows this better than the restaurant professionals who work long hours keeping this city's finest dining establishments afloat; when they’re out of work, however, the hunt is on for kitchens open late that will satisfy any exhaustion-induced cravings.

We asked some of Philly’s expert restaurant managers and chefs where they like to go for some after-hours grub, and it’s safe to say there are enough diverse options to make everyone happy – a couple spots were even named twice because they are that adored in the industry.

“It’s important to me that if I end up eating what is essentially my real dinner at a late hour of the night, that it not be fried and heavy. It’s hard in this industry to stay healthy when keeping such odd hours, as most of us do. Sancho’s, while having amazing bar food, has incredible raw seafood options as well, and their kitchen is open until 1 a.m.! I always order the Ceviche Mixto. It’s obviously not quite as healthy if you end up eating all the housemade tortilla chips that are served with it, but they’re so good, why wouldn’t you?"

“The perfect combination of friendly neighbors, industry hellos, dark corners for playing it low-key and ball-busting bartenders. And the food is consistently awesome. Get a burger and a citywide – you can’t go wrong.”

“I love to go to Ken’s Seafood over in Chinatown. The food is delicious, simple and served family-style. Every time I go it’s with a large group of friends who all work in the industry, and we get way too much food! The salt-baked pork chop is next level.”

“When I worked in Rittenhouse, my go-to spot was always Little Pete’s (RIP). However, David’s Mai Lai Wah in Chinatown never disappoints. The food is solid and the staff seems to have infinite patience. Plus, there are secret late-night karaoke dens all over Chinatown, if you’re still not ready to go home.”

“My most frequent haunt for late-night nourishment is Prima Pizza Taqueria Mexicana on South Ninth Street. Don’t let the name fool you – this is not the spot for pizza, and after being around so much pizza Napoletana at Brigantessa, that would be the last thing I’d want after work. Instead, I go here for the super authentic tacos, complete with napoles and grilled onion. Favorites also include Sopes al Pastor and the vegetarian burrito. If there’s a wait, which there often is, I can grab a quick beer and sometimes catch the end of a punk show at Connie’s Ric Rac a couple doors down.”

“Spending half my life in ‘the biz’ means always looking for something delicious to eat when I’m done work late. Tattooed Mom on South Street has been a go-to spot for me for many years. I am a cheese fry fanatic, and they have the best cheese fries! I literally crave them at least once a week, every week.”

“I have three solid options for late-night eats: First, Ken’s Seafood in Chinatown, where I always get the Mapo tofu with pork. That over rice and a shot of Jameson is the best. Second, at Melrose Diner I go for the Western omelet and fries because I think it’s the best food to eat late night between dinner and breakfast. Third, at Yakitori Boy I order the mini ramen and all the skewers because they’re inexpensive and tasty. It’s also a good place to go with friends to share small plates after singing karaoke.”

“My go-to is David’s Mai Lai Wah in Chinatown. It’s open until 3 a.m. and they have an amazing pork and watercress soup, as well as a killer roasted duck in black bean sauce. It’s great for when you need to recharge the batteries and break off from the environment you just spent 15 hours working in.”

Tria and the Continental

"The Tria location on 18th is tiny but cozy and all the staff is very knowledgeable. Another favorite is Continental Old City because you can get the full menu until 1 a.m. on Fridays and Saturdays. When getting out as late as we do sometimes, it's always nice to know that you can get tasty food items rather than just 'snacks.'"