Beer gardens ready to pop up in South Jersey town 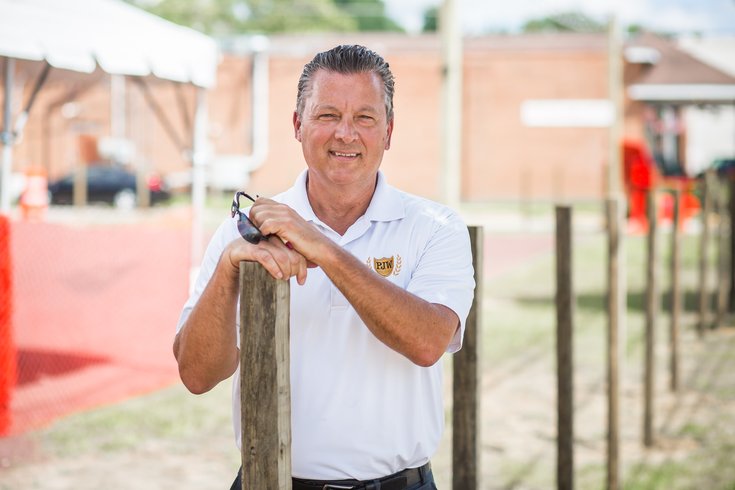 Michael Perro, director of operations for P.J.W. Restaurant Group in New Jersey, stands in the lot at Haddon and Albertson avenues in Westmont, Haddon Township. The company will sponsor four beer pop-ups this summer at the site.

In urban Philly, especially the hipster neighborhoods, seems you can’t swing a dead cat by the tail without hitting a pop-up beer garden during the past few summers.

In the burbs, land of wide lawns, SUVs and strip malls? They've popped up here and there, but not so much.

Which sets off upcoming plans for a once barren city-owned lot in the middle of the Westmont section of Haddon Township’s walkable downtown, along Haddon Avenue.

More than 300 recently-added housing units – not far from a PATCO stop – have upped the potential for foot traffic along the main corridor, as has the repurposing and re-opening of a long-closed theater, now operating as a gym.

With more downtown residents and several successful recent festivals behind them, the township and its Business Improvement District worked on building new events.

That effort led to the planning of four pop-up beer gardens, with the first set for Saturday and Sunday, according to Mayor Randy Teague. The setting will be a revamped parcel along Haddon Avenue now known as Haddon Square. The lot has a new aggregate surface for drainage, on-site electric and a large event tent near Planet Fitness, in the renovated Westmont Theater.

The other pop-up beer gardens are on tap for the space over the remainder of the summer: "Treno Italian Festival" on Aug. 3, "PJs Summer Cool Down" on Aug. 12-13; and "The Pour House Endless Summer" on Sept. 16-17.

All of the beer gardens are sponsored by PJW Restaurant Group chain headquartered in Haddonfield, Haddon Township’s dry neighbor. The chain takes its name from P.J. Whelihan’s, the company’s best-known – and most plentiful – restaurant concept. 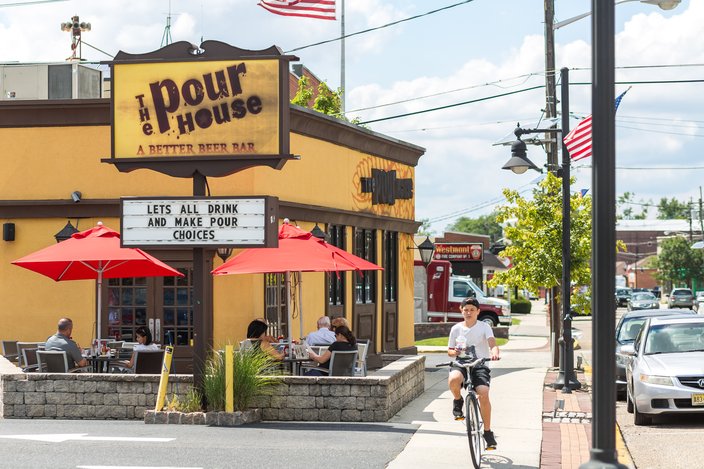 The Pour House on Haddon Avenue in Westmont will sponsor this weekend's inaugural outdoor beer event.

But this weekend’s inaugural pop-up will be sponsored by the Pour House, PJW’s craft-brew and pub grub concept. The Pour House location in Westmont, with a rep for burgers and brews in a funky atmosphere, does not scream chain.

Tonewood and Flying Fish, both local brewers, will be on tap, along with others, Perro said.

The event is free; offerings are buy-as-you-go.

Perro said he expects some tweaks based on what is learned this weekend.

But the business district is already talking about adding events, such as a movie night and a children’s event, and moving the town’s farmer’s market from a blocked off street to Haddon Square.

If you have a suggestion, pitch the city at kburns@haddontwp.com.