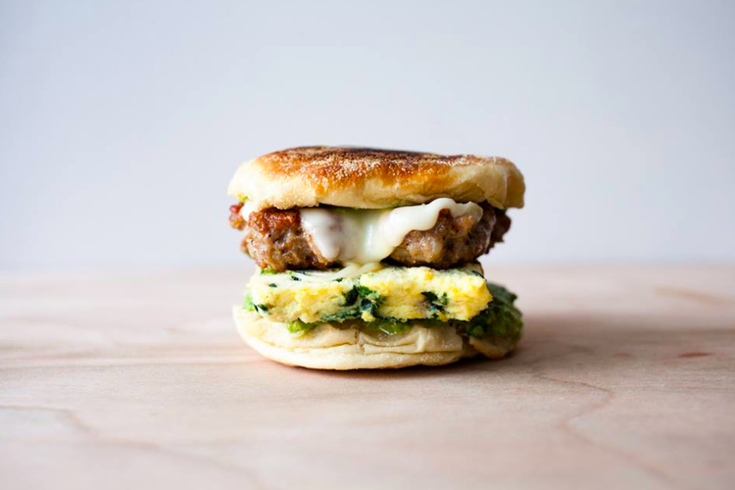 Good luck eating at either of them anytime soon, now.

The annual list of finalists, divided into eight regions, covers the hottest new eateries from sea to shining sea. There's no obvious bias for particular cuisines and concepts — you get comfort, health, elegance and ambiance across the map — and Philadelphia's newcomers represent the best of the city's charms.

Res Ipsa, the Rittenhouse cafe that opened in December, earned its spot on the 2017 list on the strength of its menus from breakfast through dinner. The all-day cafe, launched by the owners of Fishtown's ReAnimator Coffee and Stock, has the kind of breakfast sandwiches you'll end up talking about all day. By night, the cafe becomes a packed BYOB with a menu heavy on veggies and seafood.

Here's what Bon Appétit's Andrew Knowlton and Julia Kramer had to say:

THE VIBE IS: chilled out and intimate. With fewer than 30 seats, breakfast feels relaxed and dinner feels special. The white room also gets some great light, so it’s not uncommon to find young Rittenhouse locals posted up all morning with a laptop and their third cup of coffee.

Also making the cut was South Philly's Palizzi Social Club, a private concept reinvented from a century-old society of Italian immigrants. In homage to one of the finest traditions in Philadelphia history, guests pay $20 for an annual membership to dine at the unassuming restaurant on S. 12th St. Once you're in, or if you're the lucky guest of an existing member, expect a drilled down menu of Italian-American essentials honed to perfection.

From Knowlton and Kramer:

THE VIBE IS: 100 percent old-school, authentic Italian-American social club, from the neon sign and fake-wood paneling to the Formica bar and vintage cigarette machine. It’s like going back in red-sauced time.

For chef-owner Joey Baldino, this is the second go-round on Bon Appétit's best new restaurants list. Nearby Zeppoli was named a finalist in 2012. Even with a list of house rules barring excessive exposure at Palizzi Social Club, word got out and around in a hurry.

We'll find out later in August whether Bon Appétit celebrates either of Philly's picks among its ten best.