Hey Philly, let's not vandalize those donkeys scattered around town 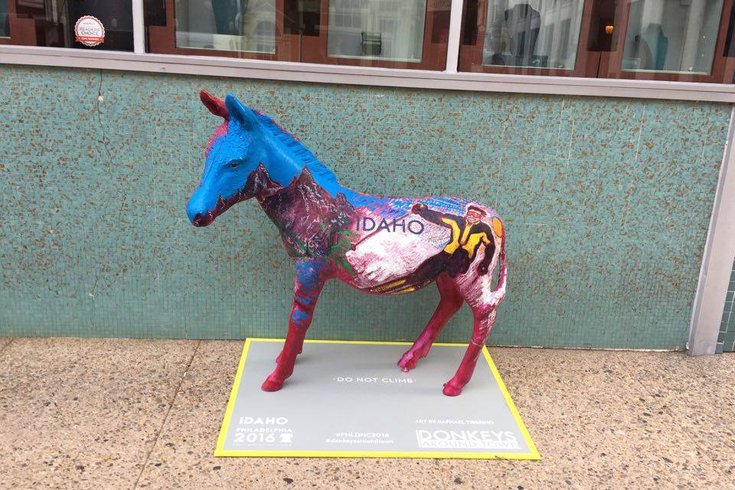 Pictured is the fiberglass donkey representing Idaho at the corner of Seventh and Sansom streets. Fifty-seven of the decorative animals were installed around Philadelphia for the upcoming Democratic National Convention.

You've read the headline before.

HitchBOT "murdered" in Philly. Bracelets thrown on the ice. Batteries hurled at J.D. Drew. Something or other about snowballs.

To be clear, this article is not meant to chide Philadelphians over an unfair stereotype earned by a handful of bad apples. It's meant to save us from the clickbait that feeds off said stereotype.

America's relationship with Philly is complex: The rest of the country seems to love promoting our blue-collar image of grittiness and toughness through movies and pop culture while simultaneously painting us as the angry, violent bad child.

And on the national stage — whether it be a bucket with arms passed off as a robot or at a hockey playoff game — they're quick to use any incident as evidence for the latter.

Which is why it's important that we leave those silly donkeys scattered around town alone.

Workers began installing 57 fiberglass donkeys across the city Thursday for the Democratic National Convention, which comes to town at the end of July. They represent all 50 states, five territories, Washington, D.C. and overseas Democrats, and they'll be placed at various locations around the city.

I'm not the only writer in town, to be sure, waiting to pen some version of "DNC donkey spray-painted, knocked over, thrown into the Schuylkill, etc."

Please don't make us do it. 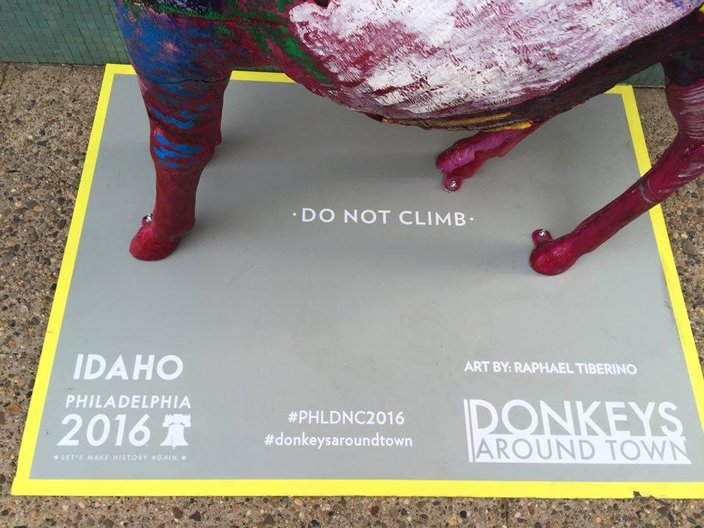 See that? Don't climb on the donkeys. Don't do anything else to them, either.

The nation will be watching over the course of the next month or so. Obviously, about 99 percent of us would never do something as stupid as wrecking a piece of art for no good reason, but it only takes one for a wire story about a donkey destroyed for the tweets and comments of "only in Philly" to start rolling in.

There are already plenty of real issues to worry about for the upcoming convention, such as how the city will handle tens of thousands of protesters (some planning defiant marches), how commuters will handle a few road closures, how late the bars will be open and — quite literally — the threat of dumpster fires.

A faux outrage about the "death" of a decorative animal is the last thing we need. (Side note: Thank goodness that in a city where Democrats outnumber Republicans 7-1 it's not the GOP convention coming to town. Can you imagine what might happen to a fiberglass elephant when this guy is the Republican nominee?)

Related: What do the elephant and donkey represent in politics?

So go ahead: Make stupid poses next to the donkeys, take pictures with them, and post those pictures to Instagram with some clever caption about how the "jackasses" are in town. 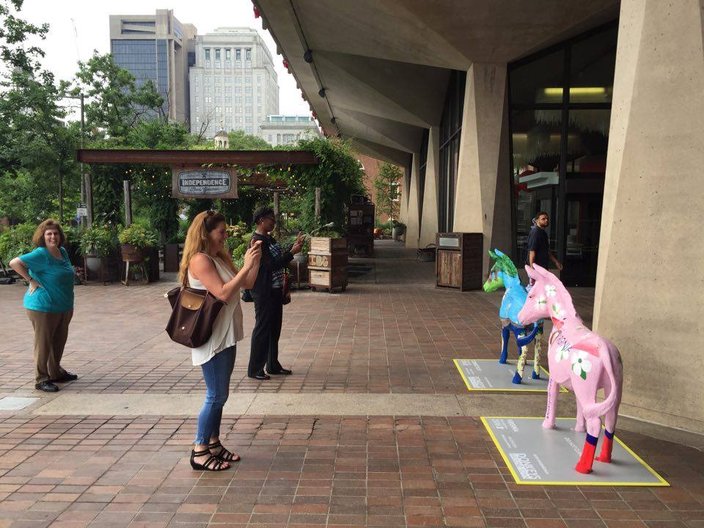 People take pictures of fiberglass donkeys near La Colombe at 6th and Market streets. Fifty seven of the decorative animals have been installed around the city for the upcoming Democratic National Convention in Philadelphia.

But for the rest of Philly's sake, please leave the donkeys alone. Remember, it only takes one.