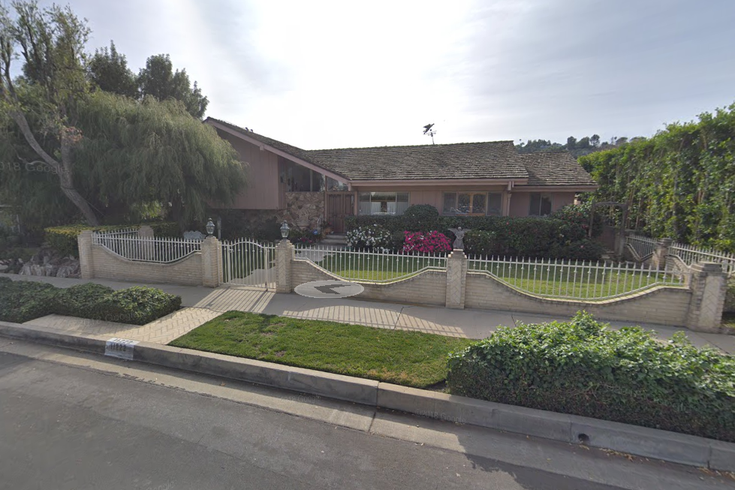 Photo was taken January 2018 outside of 'The Brady Bunch' house.

Discovery, Inc. CEO David Zaslav confirmed yesterday that HGTV is the buyer of "The Brady Bunch" house in Studio City, Los Angeles. The house, which was the exterior for the popular 1970s show from 1969 to 1974, was put up for sale on July 18.

“I am excited to share that HGTV is the winning bidder and will restore 'The Brady Bunch' home to its 1970s glory as only HGTV can,” Zaslav said.

RELATED STORIES: Real Estate Matters: What rights do I have as a renter in the city of Philadelphia? | Hillary Clinton and Steven Spielberg set to bring women's suffrage story to TV | Andy Kindler to perform two shows at Good Good Comedy Theatre this August

"More details to come over the next few months, but we will bring all the resources to bear to tell safe, fun stories with this beloved piece of American TV history."

Lance Bass tweeted on Aug. 3 that he was the winning bidder on the home, but he was shortly notified there was a corporate buyer willing to outbid anyone. Bass took to Instagram on Sunday to vent his frustration of the whole mess. However, once he found out HGTV was the corporation he was bidding against, he took to Twitter yesterday to make light of the whole ordeal.

He writes, “I’d be pretty upset if it were anyone else, but how can you be mad at HGTV?? My television is stuck on that channel. Kudos HGTV, I know you will do the right thing with the house. That was always my biggest worry. I can smile again.”

HGTV wrote back stating, “Thanks, Lance! Consider yourself officially part of the HGTV bunch. Yours truly, HGTV (aka The Lance Bass Fan Club)”

Thanks, Lance! Consider yourself officially part of the HGTV bunch. Yours truly, HGTV (aka The Lance Bass Fan Club) pic.twitter.com/tQuqCuzb1n

But just like a "Brady Bunch" episode, perhaps this will all work out and come full circle in the end. After HGTV tweeted him back, he commented, "If you're looking for a host...I'm in!"