PhillyVoice High School Football Top 10: How Springfield (Montco) has returned from the dead

Three years after the school shut down its football program, the Spartans are the top seed in District 1 4A playoffs. 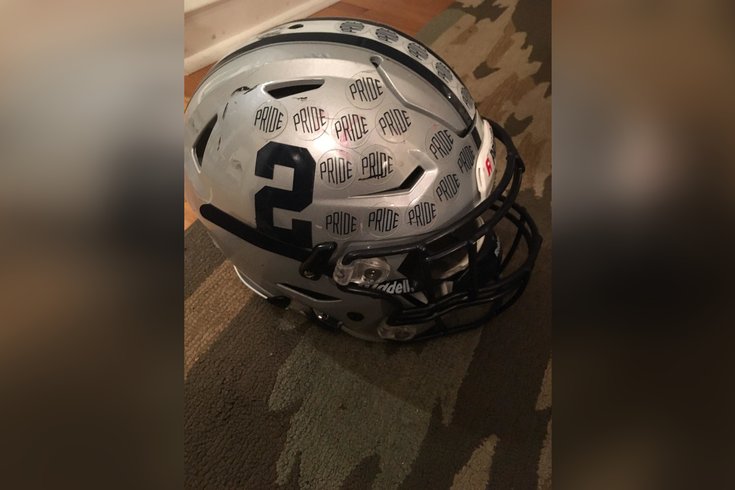 Springfield (Montco) will host the District 1 4A semifinals on Friday night.

It may seem like ancient history to the seniors on the Springfield (Montco) football team. But 2016, to others, could come back in the blink of an eye.

One game into the 2016 season, Springfield (Montco) administration did something unprecedented and cancelled its football season after a season-opening 47-20 defeat to Octorara.

The Spartans only had 18 players, and they were then part of the monstrous Suburban One League (SOL), one of the deepest, and best football conferences in Pennsylvania. Compounding that is Springfield is among the SOL’s smallest schools. The concerns — and they were justified — came with player safety.

On Saturday night at 7 p.m. at Springfield (Montco), the Spartans will host Upper Moreland (5-5) in the semifinals of the PIAA District 1 4A playoffs.

It’s been an amazing transformation to where the program is, from where it once was not that long ago. It’s also a tremendous credit for the steadfast work done by 14-year head coach Chris Shelly, athletic director Joe Ferraro, but mostly, to 13 seniors who stuck with something and put up with more than their share of ridicule to reach this point.

What led to this makeover was getting an exemption from the Suburban One League, to allow Springfield to play an independent schedule against schools of similar size and eventually rejoin the SOL, which will occur next season in the American Conference.

“It was never a consideration to drop football completely,” said Ferraro, who saw the Spartans go 2-7 in 2017, 6-4 in 2018 and now winning eight of 10 this season. “We needed to build the confidence of the kids and play games against schools we could be competitive with. This season is a testament to these seniors who stuck with it.

We’ll bring it up among ourselves... It wasn’t an easy thing, and it was embarrassing. In school, out of school, we heard it. Kids talk and make fun of you.

“And to the community and administration, because they allowed this to happen. But the kids, the seniors, are the ones who were on the front lines. I was the athletic trainer here in 2016 and I saw where these kids were getting hurt each week. We made sure in 2016 that we wanted to protect our kids and rebuild from there. The kids wanted to continue, and it was one of the hardest meetings I’ve ever been through here.

“The kids were devastated. Everyone understood, but they weren’t happy.”

This season, the Spartans have 55 players among the junior varsity and varsity teams.

“It’s a credit to the kids and the area,” Shelly said. “I’m so proud of the seniors who stuck throughout this. We knew coming in 2016 the numbers would be low, but we also got crushed with injuries and never, ever thought it would be the end of the program.

“I told our kids that and our parents that after that season. I almost forgot about where we came from. To us, I didn’t value our seasons on the number of wins, basically when we were playing monsters like Upper Dublin and Plymouth-Whitemarsh, well, monsters to us because we’re so small in comparison to them. We feel like we’re at our best right now, going against schools that our size.”

The news of the 2016 season was a dagger through the heart of both parents in the Springfield Township School District and to the players themselves. JP McGowan, the Spartans’ 5-foot-11, 185-pound senior captain and starting linebacker/tight end, was one of those players. He was among five freshmen on that team and the last thing he wanted to hear was that his football season was being taken away.

“That was hard, and the next year coming back was just as hard, if not harder, going 2-7 and losing to a bunch of schools far smaller than us,” recalled McGowan, who is thinking about playing football in college. “It was last year we started winning some games and began turning this around. We had 18 players on that 2016 team and the numbers were only dropping each week.

“We’ll bring it up among ourselves, especially when we play teams that killed us back then, and now, we’re killing those teams. It wasn’t an easy thing, and it was embarrassing. In school, out of school, we heard it. Kids talk and make fun of you.”

Springfield last won a playoff game in 2014. The last time the Spartans won eight games or more in a season was 2011, when they went 11-1. Springfield won the 3A District 1 championship in 2014.

“What was hard was seeing the nine seniors on that 2016 work so hard for a season and then see wiped out, that was probably the worst part of that year,” McGowan said. “You look back at the team then and the team now and it’s night and day. The majority of the credit goes to Shelly and Ferraro, and the school administration. They stuck with football—and they stuck with us.

“Now look where we are.”

Playing in the district semifinals. That's where.