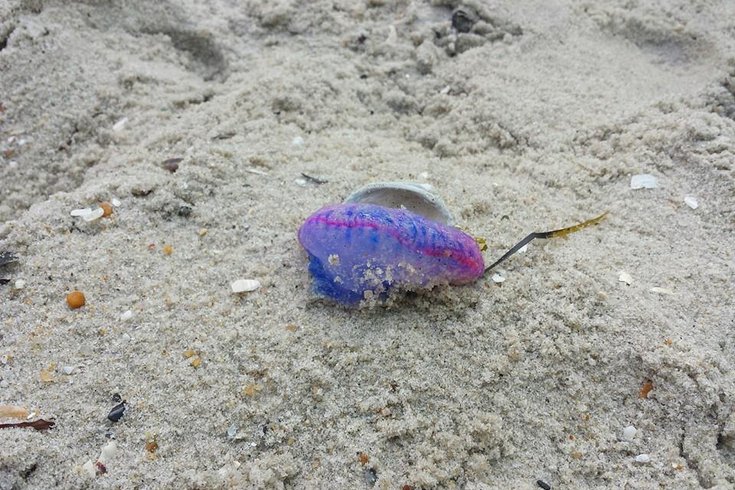 This Portuguese man o' war washed up on the shore in Harvey Cedars Beach in 2015. The venomous jellyfish, which typically lives in tropical waters, was again found on the beach there Friday.

A potentially dangerous jellyfish washed up on the New Jersey shore Sunday morning.

The Harvey Cedars Beach Patrol posted a photo of a Portuguese man o' war discovered on the beach.

The jellyfish, which is actually a colony of several different organisms, is usually found in tropical waters and around the southern Atlantic coast, but can sometimes make its way toward the Northeast coast due to warm currents or storms, according to the South Carolina Department of Natural Resources (SCDNR).

"With the warm water, often comes seaweed & critters from down south," the Harvey Cedars Beach Patrol noted in their post," Always be aware of your surroundings in the ocean and always swim near a lifeguard."

According to National Geographic, the sting of a Portuguese man o' war is "extremely painful, but rarely deadly."

The jellyfish is still highly venomous when it washes up on shore, according to the SCDNR. If stung, tentacles still attached should be carefully removed with gloves and lukewarm water should be used to rinse out the affected area until the stinging sensation starts receding.

A severe sting should be treated with immediate medical assistance.