Hillary Clinton to appear on 'Madam Secretary' in October 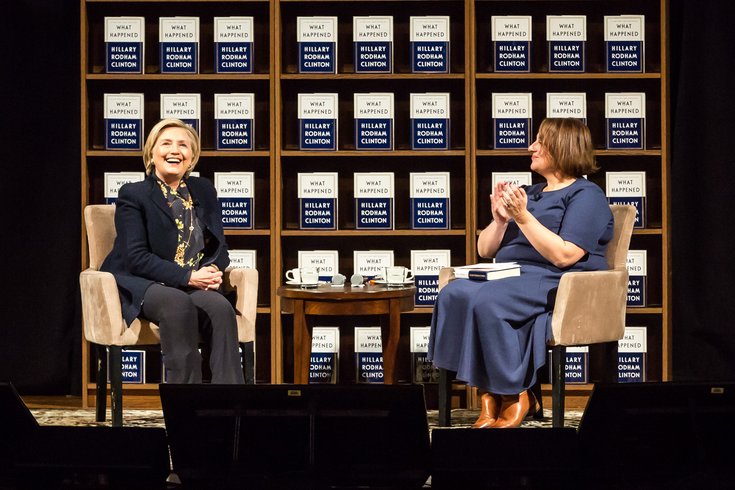 Hillary Clinton was interviewed by journalist and author Jennifer Weiner, Thursday, Nov. 30, 2017, at the Academy of Music in Philadelphia. Clinton is touring the country to promote her new book, "What Happened."

Hillary Clinton is set to appear on “Madam Secretary” for the season’s premiere on Oct. 7. The premiere will feature appearances by two former secretaries of state, including Madeline Albright and Colin Powell. The episode was filmed on July 11.

RELATED READS: Support black cinema at the seventh Blackstar Film Festival | Source claims Trump most fears losing Pennsylvania to Joe Biden in 2020 – report | Reeling from the news? Train your brain to feel better with these 4 techniques

This is Powell’s and Clinton’s first appearance on the show. Albright appeared on the show once before, during the show’s second season. Téa Leoni’s character will consult with the former secretaries of state to seek their advice.

Clinton, who returned to Philadelphia last year to promote her book What Happened, Tweeted about the show, saying, “It was wonderful to spend some time with the team from @MadamSecretary on set in Brooklyn with a few former colleagues.”

It was wonderful to spend some time with the team from @MadamSecretary on set in Brooklyn with a few former colleagues. Mark your calendars for October 7th! https://t.co/8GdHBx4T7Q