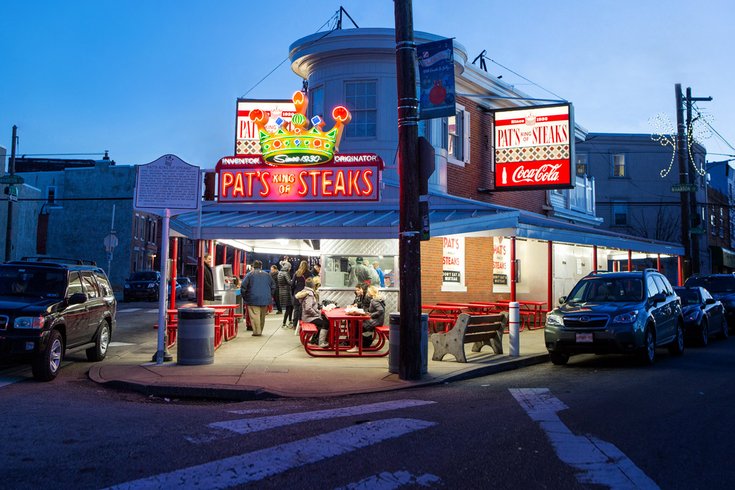 Outside of Pat's King of Steaks.

One of life's big questions: If you were a sandwich, what kind would you be?

Hillary Clinton and Bernie Sanders don't need to spend their days agonizing over an answer. Pat's King of Steaks has decided for them.

"The Hillary" is a cheesesteak with American, provolone and whiz. "The Bernie" is a pepper steak with onion, mushroom and whiz.

The sandwiches will only be available at Pat's during the DNC, which begins on July 25. Whichever sandwich does better in sales will be crowned the winner on July 29.

Sanders has thrown his support behind Clinton, but he could still win the "Democratic Sandwich Showdown."