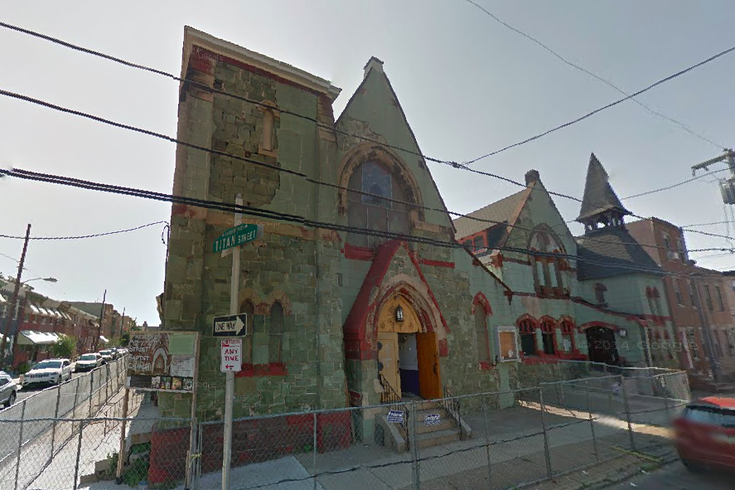 The 19th Street Baptist Church in Point Breeze was designed by famed architect Frank Furness and constructed in 1874.

Philadelphia has demolished about one historic church per month over the last few years, but one South Philly church has managed to hold on, Newsworks reports.

Constructed in 1874, Philadelphia's 19th Street Baptist Church in Point Breeze was on the brink of demolition in 2011 when the city declared it unsafe. The building, designed by famed architect Frank Furness, was crumbling to the street and the roof was caving in.

Things are in better shape now, according to the church's resident carpenter, Deacon Lloyd Butler.

"We've secured the flooring inside on both sides, and we've added the new roof on the tower," he told Newsworks.

Butler said he got a lot of help from Aaron Wunsch, a professor of historic preservation at the University of Pennsylvania.

Wunsch got involved with the 19th street church in 2011 after seeing an article about another Furness church that desperately needed help. Wunsch, Butler and a few other church members came up with a bare bones solution to fix the roof.

The building still stands, although the congregation is unable to use the main sanctuary. Congregants dream of the day the church will be restored. While they will need several million dollars to make the dream a reality, it is at least possible, because the church is not going anywhere.

"We all talk about that day, that day that we can formulate a line outside and walk in to the main sanctuary," Butler told Newsworks.