An homage to punk-rock's Velvet Underground

Yo La Tengo and Dean & Britta celebrate the Velvet Underground at the Y, 50 years later 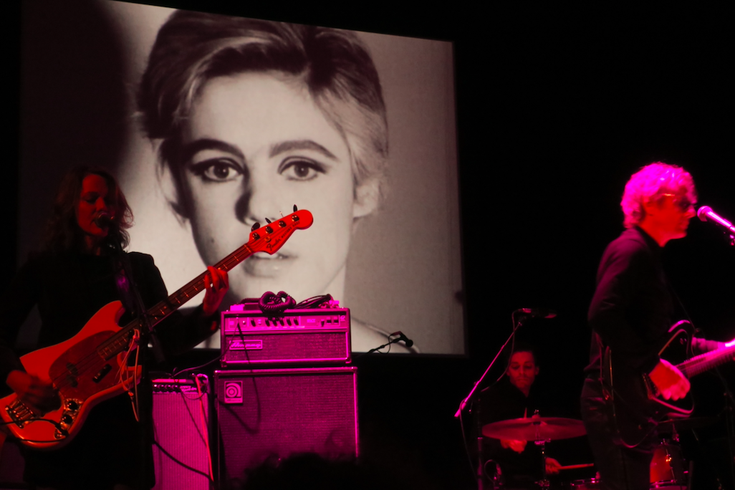 Fifty years ago, this month, Andy Warhol brought his "Exploding Plastic Inevitable" – a multimedia “happening,” featuring a live soundtrack by the then – very unknown – Velvet Underground to Philadelphia.

It happened for two nights at what is now the Gershman Y (then the YMHA) – a landmark event – if not for the avant-garde art and music scenes, in general, then certainly for Philly’s intersection with them.

In commemoration, last week, several of the band’s famously numerous musical and spiritual descendants returned to the very same, beautifully preserved ballroom to pay tribute to the twin legacies of Warhol and the Velvets. 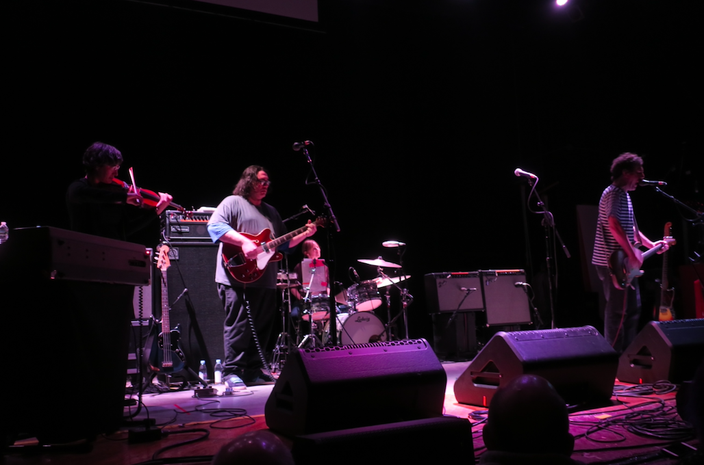 First up, Dean Wareham and Britta Phillips (of Galaxie 500 and Luna) performed their 2008 suite 13 Most Beautiful: Songs for Andy Warhol’s Screen Tests.  This is a set of songs – about half of them instrumental – designed to accompany a selection of the short films Warhol made in the mid-1960s. It was designed to document his friends, followers and Factory-assembled “superstars.”

The film's simple, single-shot black-and-white portraits of beautiful people contained those both ordinary and extraordinary, with Edie Sedgwick and Dennis Hopper among them.

RELATED LINKS: A guide to 20-plus New Year's Eve events in Philly | Zagat says Philly was one of the hottest food cities of 2016 | Tupac Shakur, Pearl Jam, Yes to be inducted into Rock Hall

And Wareham and Phillips’ succinct introductory remarks told stories about each subject's life and/or (usually tragic) death. While most of the material was original, the two screen tests – featuring members of the Velvet Underground – happened to be paired with covers: a rendition of Bob Dylan’s “I’ll Keep It With Mine,” underscored Nico’s playful performance, while VU rarity, “I’m Not a Young Man Anymore,” accompanied a decidedly young-looking Lou Reed, drinking a Coca-Cola.

For their part, the indie-rock heavyweights Yo La Tengo steered clear of lesser-known Velvets material in their headlining cover set. Instead, they stuck to the script. After a few tone-setting minutes of rumbling noise and piercing, sculpted feedback, they launched directly into seven straight classics from the band’s iconic “banana” album (i.e. The Velvet Underground & Nico, which was released just a few months after the YMHA performances and recorded immediately beforehand). They wrapped the set with a 20-plus-minute journey through the following year’s epic, epochal “Sister Ray.” 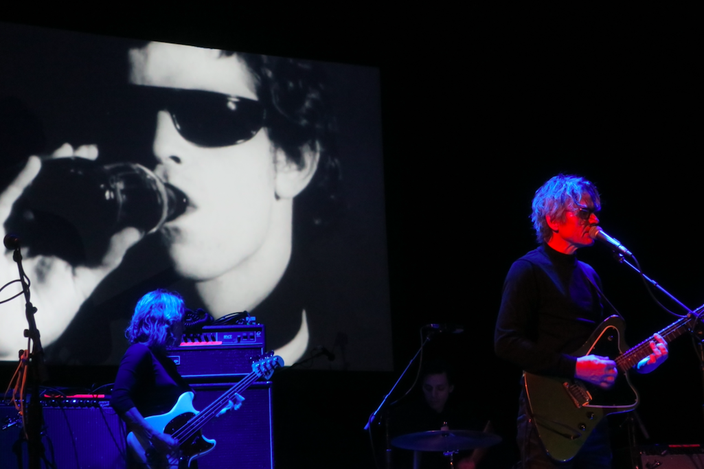 With no attempt at a career-spanning overview, no obscurities or other setlist surprises (at least, until their strangely off-the-cuff encore), and virtually no stage banter, Yo La Tengo might have been taking an experiential approach, rather than an intellectual or curatorial one. That is, they were doing their darnedest to approximate what it might have actually sounded (and felt) like to experience the Velvets during their mythic, poorly-documented ’66-’67 ascendancy – even in that room.


And if that’s your game, there’s no better band than Yo La Tengo to pull it off.  (In particular, it’s hard to imagine anyone who could embody both Nico and Mo Tucker – at the same time, even – as ably as Georgia Hubley.)

Actually, it seems doubtful that the early Velvets really sounded this good. After all, Yo La has been playing this kind of stuff for over three decades. VU had been playing for less than two years, and I’m pretty sure Lou Reed had nothing on Ira Kaplan when it comes to manic freak-out guitar solos. 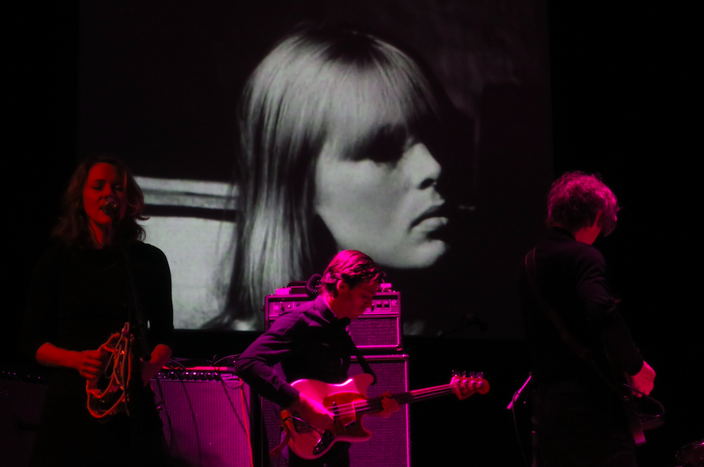 What came across most strongly – and what’s easy to lose sight of after decades of familiarity with the band’s recordings – is the utter rawness; the primitive, urgent, simplicity of this music. Following the brief, tender fragility of “Femme Fatale,” the set was pretty much a nonstop onslaught of churning drones, squalling noise and pummeling, hypnotic repetition. No wonder this was scary stuff back then.


Watched live, and listened to at what one has to assume is historically accurate (i.e. deafening) volume, it’s pretty damn intimidating, even now.