A hospice nurse reflects on the art of dying

A book review of “From Sun to Sun” 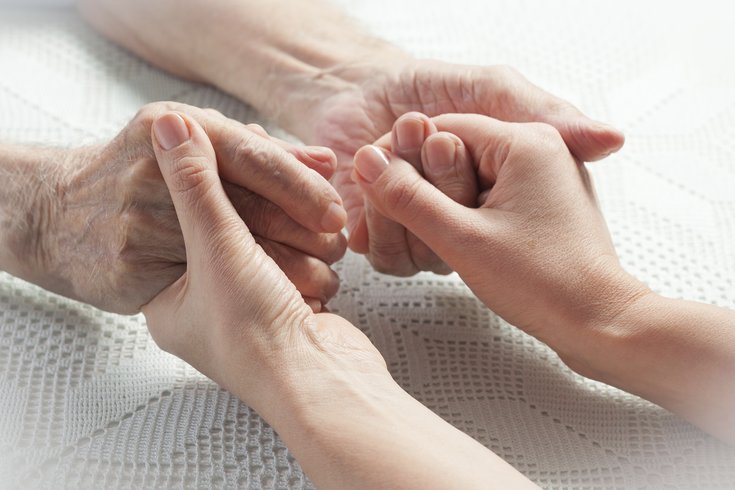 In “From Sun to Sun,” McKissock expertly weaves together 21 accounts detailing the dying and death of a wide range of individuals she serves as a hospice nurse.

“I learned long ago breathing was the only way to step into someone’s fear without becoming undone.”

I walk down a stark hallway on the oncology floor. Glancing into a room on my right, I notice an elderly man with white hair sitting straight up in the middle of his bed. His eyes are closed; a calm focus emanates. I don't enter, but I take note.

An hour later, I stop by again. This time, the gentleman is reading. I knock, introduce myself and ask to enter.

He looks at me kindly while placing his book down on the bed.

“Thank you,” I reply. “I passed by about an hour ago and noticed you were meditating. I’m also a meditator.”

“I was a professor of physics at Brown,” he tells me. “Now I’m dying of cancer. As a physicist I know that energy doesn’t die, it only changes form. Yet, is consciousness energy? Does consciousness die when the brain does? Such questions constitute the subject of my meditations.”

He invites me to sit down on the chair next to him. For the next 30 minutes, we muse about after-life possibilities. Is consciousness energy? Will his consciousness survive the passing of his cancer-ravaged body? Our dialogue is open, honest and memorable.

As a hospital chaplain, I feel extraordinarily grateful to be witness to, and hold space for, individuals as they meditate on the mystery of death’s threshold. I’ve learned a great deal about humility, loss and living through this work. Given this, I found myself deeply resonating with Philadelphia-based author Nina Angela McKissock’s reflections on working with the terminally ill. While reading her debut memoir, “From Sun to Sun: A Hospice Nurse Reflects on the Art of Dying,” published by She Writes Press, memories relating to my own experience of chaplaincy revive. Her stories and openhearted musings spark reverie, reflection and respect.

In “From Sun to Sun,” McKissock expertly weaves together 21 accounts detailing the dying and death of a wide range of individuals she serves as a hospice nurse. Some are deeply religious. For example, McKissock tells the story of Mrs. McDowell, a 100-year-old Irish grandmother who peacefully dies holding a crucifix in her hand. Others eschew religion and spiritual practice altogether. “This should be interesting,” John, a philosophizing existentialist, whispers as he dies. 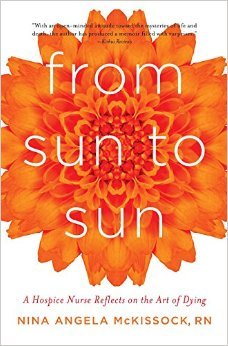 As a hospice nurse, McKissock holds true to best practices characterizing the compassion and courage of her vocation. She doesn’t judge her patients, even going so far as to disagree with her staff when they shun a hospice patient upon discovering he is a registered sex offender. McKissock argues, “… one is not to judge right from wrong or good from bad when caring for someone.”

Yet, McKissock is no moral relativist. In one of her most moving chapters, she tells the story of Clarentine, an elderly, genteel Southern woman who discloses a terrible lifelong secret. Clarentine “prayed every night that God would not allow her to conceive a child.” Why? Her deceased husband Henry was a pedophile.

As Clarentine dies, her sister-in-law urges her to “go to Henry, honey, he is waiting for ya, go to Henry. You’ll be together soon.” This is a frightening prospect, and Clarentine struggles to let go. McKissock, knowing the truth about the situation, is able to skillfully navigate a more peaceful setting for Clarentine’s “somewhat difficult death.”

Secrets are not the only things that make death difficult. Throughout her memoir, McKissock offers keen observations about our culture, which tends “to keep death behind closed doors.” She laments that lack of “spiritual support” so often characterizing a hospital setting. Hence, “too many people die in distress, being heavily medicated and not at peace.”

Yet, it isn’t easy to exude peace or even a semblance of calm when faced with the unraveling characteristic of an unwanted, unanticipated or feared death. How does McKissock hold space for her own, and another’s, fear? How does she gently and courageously take the hands of loved ones and accompany them through the process of letting go? 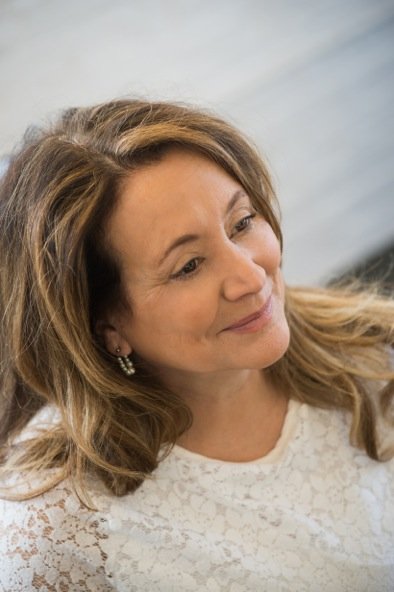 At times, McKissock credits her sarcastic and wry sense of humor. “There’s very little bulls--- in a hospice,” she asserts. She also considers herself a student of Buddhism and maintains a breath-centered meditation practice that she employs in challenging situations. In this, she echoes the wisdom of Zen master Thich Nhat Hanh, author of “No Death, No Fear: Comforting Wisdom for Life.”

Nhat Hanh writes: “Non-fear is the greatest gift of meditation. With it we can overcome our grief and our sorrow.”

In “From Sun to Sun,” the most poignant moments of sorrow are intimately mixed with profound beauty. McKissock tells the story of Peter, a newly married, 28-year-old surgical resident dying of metastatic brain cancer. Peter’s final wish is to say “I love you” to his beloved wife, Glen, while dying. He asks McKissock to remind him to say these words if needed. She assures Peter that she will put a note in his chart so all caring for him will be aware of this heartfelt request.

It turns out that Peter does not need any reminding. In describing his dying, McKissock writes:

“Whenever any of us stimulated him by turning, bathing, or checking his neurological status, he mumbled, ‘I love you.’ When Glen cuddled with him and left his bed for a few minutes, he would open his eyes slightly and say, ‘I love you.’ He shouted, ‘I love you!’ through gritted teeth when his pain needed tending, and his last breath whispered, ‘I love you’ as he left this earth.”

Particularly in the beginning of her narrative, readers may struggle with a staccato descriptive style that quickly changes scenes. However, it is in telling the stories of people like Peter that readers discover McKissock’s strength as a writer. Admitting that being a hospice nurse “breaks your heart wide open,” McKissock affirms the power of a great love that enters into our being when we embrace our broken openness. Who would not want one’s last words to be “I love you”?

Today, the energy that once animated the kind and philosophical elderly man I spoke with on the oncology floor has changed form. The meditating professor of physics is no longer with us. Whether or not his personal sense of self or ego-consciousness transitioned intact as the energy that animated his body remains, for me, a profound mystery. McKissock reminds me to embrace this mystery with a full heart. “Welcome everything and push nothing away,” she asserts.

On Tuesday, Aug. 11, at 6 p.m., McKissock will read selections of “From Sun to Sun: A Hospice Nurse Reflects on the Art of Dying” at the Barnes & Noble in Rittenhouse Square.