By Reuters
Parks and Recreation Landmarks 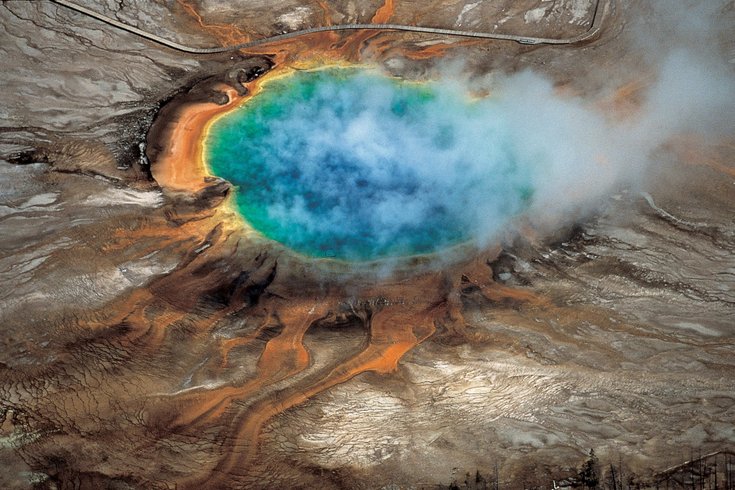 Researchers on Thursday said they used a technique called seismic tomography to a produce for the first time a complete picture of the volcanic "plumbing system" at Yellowstone, from the Earth's mantle up to the surface.

Yellowstone, which straddles the borders of Wyoming, Idaho and Montana, and boasts a remarkable array of geothermal features including geysers, mudpots, steam vents and hot springs, sits atop a supervolcano that has had three calamitous past eruptions.

Scientists already knew of a large magma chamber under Yellowstone that fed the eruptions 2 million, 1.2 million and 640,000 years ago. The new study, published in the journal Science, revealed a second, deeper reservoir 4.5 times larger.

"The existence of the second magma chamber does not make it any more or less likely that a large volcanic eruption at Yellowstone will occur. These findings do not change the current volcanic hazard at Yellowstone," University of Utah seismologist Jamie Farrell said.

"However, these new findings do provide us, and other researchers, the information needed to gain a better understanding of how magma moves from the mantle to the surface," Farrell added.

University of Utah geology and geophysics professor Fan-Chi Lin said the blob-shaped lower magma reservoir in Earth's lower crust is located 12 to 28 miles (20-45 km) under Yellowstone, with a volume of 11,500 cubic miles (46,000 cubic km), or 11.2 times the volume of Arizona's Grand Canyon.

This magma chamber is filled with hot, mostly solid and sponge-like rock with portions of molten rock within it. The researchers said about 2 percent of it is completely molten.

The upper and lower magma chambers sit above a "plume," or upwelling, originating in Earth's mantle about 40 miles underground and transferring hot materials toward the surface.

Scientists had previously suspected a lower magma chamber existed, but until now had been unable to confirm it.

The researchers said the technique they used, seismic tomography, is analogous to a CT scan of the body, using seismic waves as they travel through the Earth to image the subsurface, distinguishing between rock of various densities.