How deodorant became a daily essential 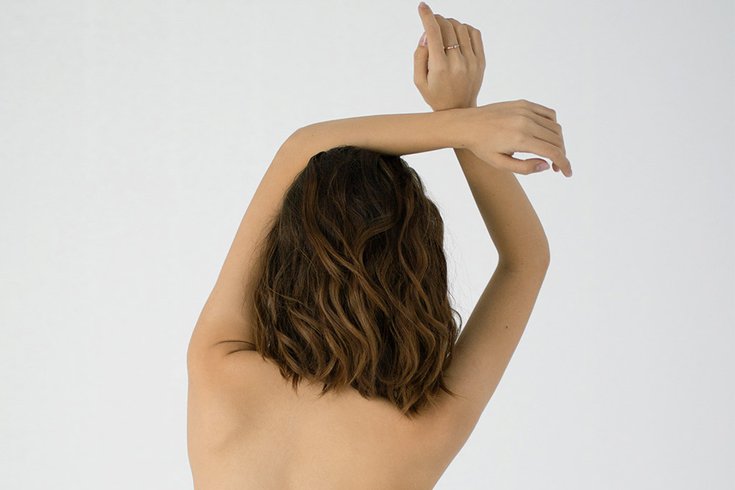 If you have armpits, chances are deodorant (hopefully it’s PiperWai!) is part of your everyday routine. The odor-diminishing product has become a staple in our culture, and getting your first deodorant is an adulthood rite of passage for many. In the grand scheme of things, however, deodorant is a relatively new invention that debuted in 1888.

Body odor wasn’t always a bad thing. It was a defense mechanism our ancestors used against predators. As you may have read on the PiperWai stress sweat blog, body odor and sweat were both biological tools for our species’ survival. When you think about it, surviving this wild world is more important than smelling like a rose garden. (OK, maybe for some people. We don’t want to assume.)

As humans evolved, we continued to rely on technological advancements to protect us against predators. These include weapons, shelter, protective clothing, hunting and defense skills and more. With these new protections in place, our early civilizations could focus on widening their problem-solving skills and making their communities more comfortable.

The first-know attempts to mask body odor were developed in ancient Greece, ancient Rome and ancient Egypt. These communities relied on perfumes, incense and scented waxes to mask body odor, with Romans going as far to put perfume on their animals and soak their clothes in fragrances. Scented baths became popular in the Middle East as a way to cleanse the body and leave it freshly scented afterward.

Fragrances, though, only do so much. Instead of killing odor-causing bacteria – as deodorants were created to do – these perfumes, oils, waxes and incense simply covered up the odor.

HYGIENE IN THE MIDDLE AGES

There is a lot of misinformation about hygiene during the Middle Ages. The common myth is that the church banned bathing completely, which is rooted in some fact. Doctors did not support regular bathing and the Church associated bathing with promiscuity, as public bathhouses were often associated with prostitution. Despite the Church’s disapproval, public bath houses were popular in larger cities and communities.

For those in the upper class, hygiene was much more accessible. These citizens could afford private baths, warm water and scented perfumes and oils. Bathing was viewed as a luxury, instead of a necessity, and the upper class preferred solo bathing as opposed to communal bathing.

Years passed (literally hundreds of them) before the modern-day deodorant was brought into the market. People continued to use perfumes and intermittent bathing to manage body odor, but the odor-covering tips weren’t used as often in the United States. The first patented deodorant – Mum – debuted in 1888.

Like PiperWai, Mum was a paste that came in a jar. Instead of being an antiperspirant, Mum used zinc oxide as its active ingredient. As Mum’s success grew, other people wanted in on the burgeoning hygiene trend. In 1912, Odorono hit the market and, well, didn’t do so great at first.

Odorono started out as a DIY product a surgeon concocted to keep his hands sweat free during operations. His high-school-aged daughter saw an opportunity to create a brand and market it to the public. When the company first started researching the market, they found nearly two-thirds of people didn’t think they had sweat problems. There were also user experience issues with the product itself. The balm was red, which stained clothing, and needed to be suspended in acid to be effective. As you may guess, acid on bare skin isn’t an enjoyable experience. Many people got burns from Odorono, as well as permanent stains from the red-colored product.

That’s when Odorono got clever. The brand linked up with an up-and-coming advertising copywriter who rebranded sweat as “embarrassing,” causing anyone who saw the ad to become self-conscious about their body. The brand saw a quick incline, followed by a plateau. Odorono’s next step was to retarget its audience. This time, they went after women, shaming them into purchasing deodorant. (Body odor on men was, at the time, considered “masculine” and desirable.) In 1919, the brand ran an ad in Ladies Home Journal with the copy:

“A woman’s arm! Poets have sung of it, great artists have painted its beauty. It should be the daintiest, sweetest thing in the world. And yet, unfortunately, it’s isn’t always.”

After the ad ran, Odorono sales rose 112 percent within a year.

The consumer-shaming worked so well for Odorono that Mum got in on it, and oh boy, they pulled some punches in their 1937 ad:

“You’re a pretty girl, Mary, and you’re smart about most things but you’re just a bit stupid about yourself. You love a good time — but you seldom have one. Evening after evening you sit at home alone. You’ve met several grand men who seemed interested at first. They took you out once — and that was that. There are so many pretty Marys in the world who never seem to sense the real reason for their aloneness. In this smart modern age, it’s against the code for a girl (or a man either) to carry the repellent odor of underarm perspiration on clothing and person. It’s a fault which never fails to carry its own punishment — unpopularity.”

Brands realized they were missing out on 50 percent of the market and started marketing to men and women. The first deodorant for men was released in 1935 and since then, the deodorant industry is worth upwards of $18 billion.

For years after the first deodorant was introduced, antiperspirants took over the market. People were led to believe sweat is unhygienic, gross and the culprit behind body odor. As information and technology became more accessible in society, people did their own research and found out that antiperspirant, in fact, goes against what the body does naturally: sweat.

Only within the past few years has natural deodorant been on the rise, thanks to a better understanding of what ingredients are in our everyday products. That’s why PiperWai exists! We want to provide a healthy, natural, effective option to people who want to remove chemicals from their products. Luckily, the deodorant market has evolved where people don’t have to worry about acid eating their skin and clothing, but we still have work to do to create awareness and education around antiperspirant’s dangerous formula.

Want to live more naturally? Check out our jar, stick or mini jars!