How did Sunday's games affect the Eagles? 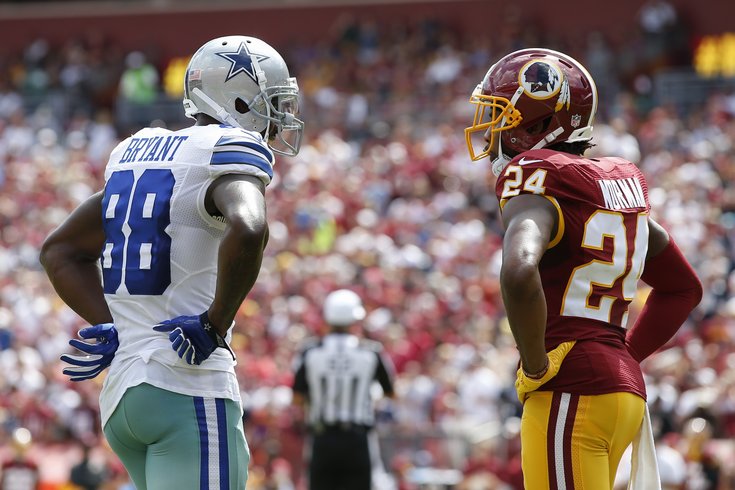 The Cowboys avoided an 0-2 hole. The Redskins did not.

With the Philadelphia Eagles sitting out this week’s slate of Sunday games, let’s take a look around the rest of the league at how the results of some other games around the league affect the Birds. Overall, the results were unfavorable.

The reigning NFC East champion Washington Redskins are now 0-2 after a loss at home to the Dallas Cowboys. Worse, their Week 1 loss to the Pittsburgh Steelers was also at home. They play on the road in New Jersey next week against the New York Giants, who have started the season 2-0 after wins over the Cowboys and New Orleans Saints. The Skins are already in desperation mode, as a Week 3 loss to the Giants would put them in a huge hole. The Cowboys got to 1-1 yesterday (and 1-1 within the division). The Eagles will need to keep pace with the Giants by beating the Chicago Bears tonight.

The Minnesota Vikings went to 2-0 after an impressive performance by Sleevie Wonder. This of course affects the Eagles because they hold the Vikings’ first-round pick in the 2017 NFL Draft. It looks early on like that pick will be somewhere in the back half of the first round.

For the second straight week, the New England Patriots kept CB Eric Rowe inactive. If Rowe plays in 50 percent of the Pats’ snaps in either 2016 or 2017, the 2018 fourth-round pick the Pats traded for Rowe will become a third-round pick. With Rowe inactive the first two weeks of the season, it looks like the Pats are taking their time with him, and that he’ll unlikely hit that 50 percent benchmark in 2016.

The Cleveland Browns went to 0-2 after a loss to the Baltimore Ravens. The Eagles hold the Browns’ fourth-round pick in the 2017 NFL Draft. As expected, that’ll likely be a very high four.