How does politics affect tourism? 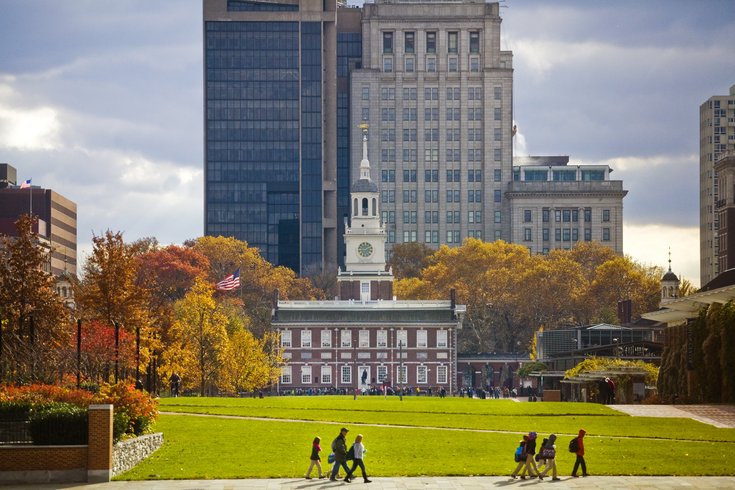 It is here that the Declaration of Independence was signed in 1776; the Articles of Confederation, uniting the 13 colonies, were ratified in 1781; and the U.S. Constitution, outlining the nation’s basic laws, was adopted in 1787. The Great Essentials exhibition in the west wing of Independence Hall displays the original inkstand used to sign the Declaration and the Constitution.

While the U.S. still makes up a sizable chunk of world travel, new data measuring 2017's first seven months of international travel to the U.S. from the U.S. Commerce Department indicates a dip of 4 percent year-over-year.

The gut reaction, of course, is to point to a "Trump slump." But what are the major influencers on international travel from an academic point of view?

Curious, we reached out to Robert Li, Director of the U.S.-Asia Center for Tourism & Hospitality Research and professor in the Department of Tourism and Hospitality Management at Temple University, for some insight.

The data, coming out of Davos, shows a decrease in international travel to the U.S. in 2017--after already losing travelers in 2016. And, mostly, [the common narrative attributes this] to a "Trump slump." But does politics have this kind of effect on other countries' tourism industries, or is this a uniquely American problem?

As a general observation, tourism is a fairly fragile industry, vulnerable to all different kinds of external impacts, including political issues. We have seen numerous examples where a negative political climate or controversial message caused a decrease in tourist arrivals.

Why do you think it is that the United States' viability as a destination [might be] reliant on, say, who is president rather than what national parks or cultural amenities we have? This isn't a new problem--George W. Bush infamously had a horrible international reputation.

I don’t necessarily agree with that assumption. I believe all of these [factors]--from visitor-friendly policies to natural and cultural resources--are important. Or, at least, I have not seen any studies showing which is more important. And they are all part of a country’s destination image, which ultimately determines our appeal to international tourists.

With that said, presidents’ and politicians’ support are crucial to the prosperity of tourism. The Obama administration was quite supportive of tourism--e.g., the Travel Promotion Act was signed into law in 2010, which created Brand USA, the country’s national destination marketing organization. And more countries joined the visa waiver program, etc. The number of international travelers entering the U.S. each year between 2009 and 2016 grew by more than 40 percent, which I believe was not a coincidence.

Are there other moments in history when politics or current affairs might've influenced travel?

The U.S. travel industry is no stranger to downturns, most notably the remarkable impacts of 9/11 on U.S. tourism.

• The link between politics and travel is, from a data standpoint, tenuous. But there is some indication of a connection between current affairs and travel--see: 9/11.

• U.S. cities, specifically New York and Los Angeles, are working overtime to remind international travelers that the U.S. is open to everyone.

• China has emerged as the U.S.' No. 1 source market for tourism spending.

Does the hospitality industry, at-large, have any kind of cohesive messaging for persuading international travelers to come here? Is there any tangible advertising or messaging happening in other countries, and how is it decided what countries to advertise to if so?

I believe the American travel industry is putting great efforts to tell the world that this country continues welcoming international tourists from all over the world. After all, diversity and hospitality are part of this country’s identity.

Last October, in the Market Outlook Forum, an annual industry get-together discussing the latest trends and issues in tourism, we heard a great deal of discussion on this.

Several destinations have taken actions on this. After all, diversity and hospitality are part of the defining characteristics of this country. For instance, New York recently launched a campaign designed to “counter negative rhetoric and remind the world that New York City is open for business." The campaign slogan is “New York City — Welcoming the World.” Los Angeles’ new ad campaign has a tagline for tourism: “Everyone is welcome.” They target people who are looking for a very authentic experience.

What are some usual deterrents for folks traveling to a country? Security? Ease of transportation?

Safety and security are almost always the No. 1 priority for tourists. This could range from conflicts and corruption, terrorism, hostility, to war.

What country has the largest number of visitors to the U.S.? Has that changed much through the years? What are people typically traveling here for, in terms of attractions?

Canada is the U.S.’ No. 1 source market in terms of visitation or number of visitors.

The most notable change in recent years is China’s rapid rise as a key source market. China is now the country’s No. 1 source market in terms of tourism spending.

The National Travel and Tourism Office releases statistics on this. It appears, as of July 2017, most countries in the U.S.’ Top 20 source markets have seen a decline.

Destinations and attractions tourists visit vary substantially among countries. But international tourists, particularly first-timers, usually like the iconic attractions, from the Statue of Liberty to Yellowstone, from Independence Hall to Disney.

Tourism is not just important for the tourism industry. Considering the ripple effect of international tourist spending, tourism has profound impacts on our society’s economic and socio-cultural well-being.

Globally, international tourism is growing fast, and many countries are stepping up their game in tourism competition--see: Australia’s Super Bowl ads for one example. It is indeed disquieting that the U.S. is now facing a very sharp drop in foreign travelers.