NASA rocket launch may be visible from Philly area on Tuesday

The Antares spacecraft will take off from Wallops Flight Facility 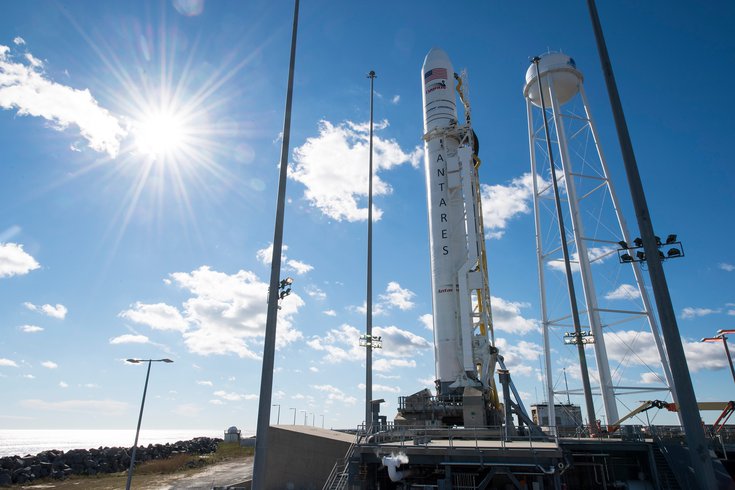 The Antares rocket is scheduled to launch from Wallops Flight Facility at 5:56 p.m. on Tuesday, Aug. 10, 2021. The attached Cygnus cargo spacecraft will deliver supplies, hardware and research material to the International Space Station.

A NASA rocket launch to deliver cargo to the International Space Station might be visible in the sky over the Philadelphia area on Tuesday evening as the Northrop Grumman's Antares craft takes off from the Wallops Flight Facility in eastern Virginia.

The launch, scheduled for lift off at 5:56 p.m., will be the Antares' 16th cargo resupply mission to ISS. Cygnus, the cargo spacecraft attached to Antares, will be carrying more than 8,200 pounds of crew supplies, hardware and research materials.

The best areas of visibility for the rocket launch will be in Virginia and Maryland, but those watching the southern sky in the Philadelphia area should have a chance of catching the spacecraft about 60-90 seconds after launch, as illustrated in the map below. 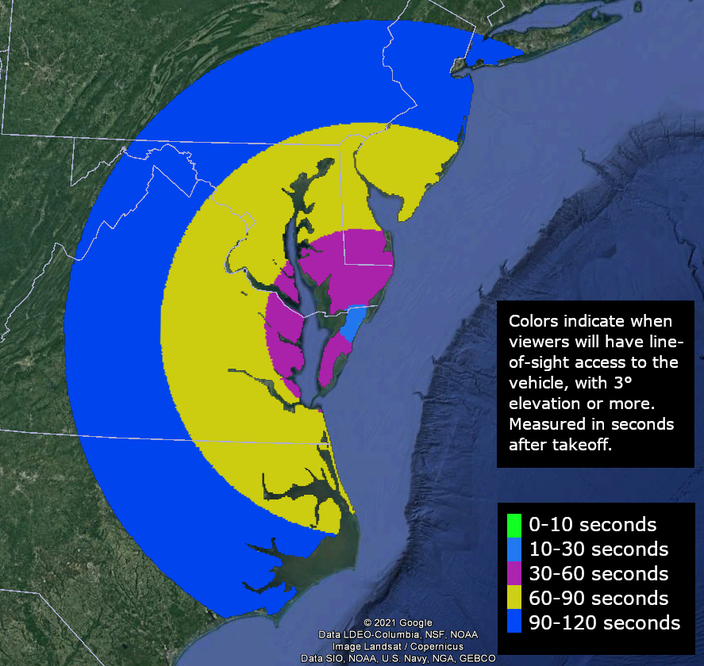 This map shows the visibility range and best viewing times to catch a glimpse of NASA's Anteres rocket launch.

The Cygnus spacecraft is expected to reach the ISS around 6:10 a.m. on Thursday, Aug. 12, when the space station's robotic arm captures it and installs the cargo on the Earth-facing port.


This Cygnus craft will be carrying materials for scientific experiments including modules demonstrating 3D printing with dust, engineered tissues to study muscle loss and slime mold to examine its growth in microgravity, among other investigations.

There is a small chance of rain in the Philadelphia region on Tuesday evening before 7 p.m., with partly cloudy skies in the forecast that may impact visibility.

NASA-TV also will be broadcasting the rocket launch online for those who wish to get a look at the takeoff. The Cygnus spacecraft will remain on the ISS until November, when it will depart to dispose of several tons of trash as it makes a fiery reentry into Earth’s atmosphere.