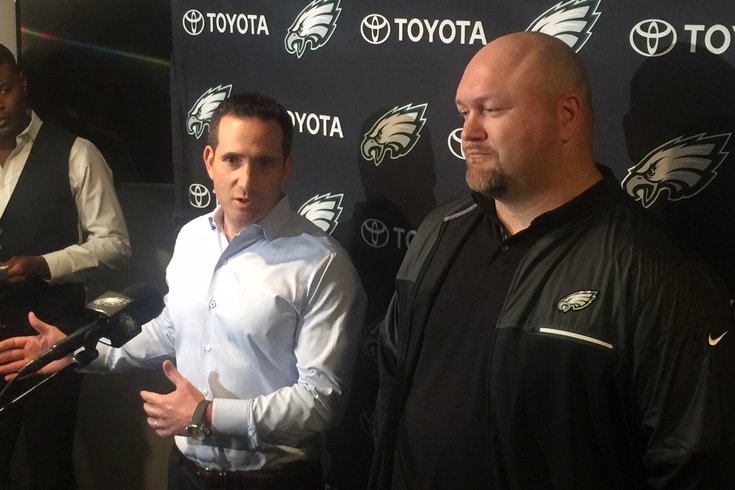 One of the debates leading up to the 2017 NFL Draft (and any draft, really) among Philadelphia Eagles fans is the value in trading up for a better prospect verses trading back and gaining extra picks.

It's an especially valid debate for the Eagles, considering Howie Roseman trades as much on draft day as any general manager in the NFL. On Thursday, during his pre-draft press conference, Roseman explained the Eagles' trade-up and trade-back strategy.

"You get into these situations where it's pretty clear cut when you have a draft board, you're picking at 14, you have a list of guys that you have graded as worth going at 14," he said. "If you have a bunch of those guys that are available when you pick, you entertain trade-down offers, far enough that you can still get one of those top guys. If you don't have 14 guys, you see if there's an opportunity to move up.

If that sounds obvious, well, it is.

Still, the thinking here is that there will not be 14 total players worth selecting at pick No. 14, and if there are, there won't be much in the way of excess players that will still be available in a trade-down scenario. Therefore, it is more likely for the Eagles to trade up this year than trade back.