Photographer Stuart Goldenberg's 'Storied' is on display now through Labor Day weekend; A meet-and-greet is being held on Aug. 11 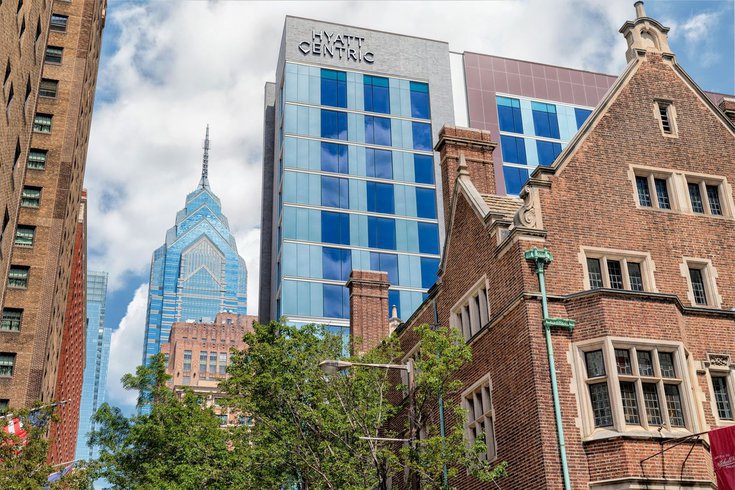 Hyatt Centric Philadelphia is continuing its monthly Maker Series with 'Storied' by Stuart Goldenberg, a photography exhibition focusing on images of personal mementos of Philadelphia history. Some selections include a 1930's soda siphon used at Palumbo's Restaurant, which burned down in 1994.

Hyatt Centric Philadelphia, the Rittenhouse Square hotel that opened in 2020 at the former location of Little Pete's Diner, is hosting a photography exhibit focused on personal mementos from Philadelphia's history.

"Storied" is a series by photographer Stuart Goldenberg that features pictures of unique items and heirlooms found in other people's basements. The project is the next installment of Hyatt's "Maker Series" and will be available to view in the hotel's lobby now through Labor Day weekend.

Since starting the project in April 2021, Goldenberg has formed a collection of images based on nostalgic items, including relics of Philadelphia and Pennsylvania history.

Some of the featured items include ticket stubs from games and concerts at Veterans Stadium and a 1930's soda siphon from Palumbo's Restaurant, which burned down in 1994.

'Wiz Wit,' photographed by Stuart Goldenberg at the beginning of this year, commemorates two Philadelphia tourist attractions: cheesesteaks from Pat's and Geno's at 9th and Wharton streets.

Though the photos will be on display all month, Hyatt Centric will host a "Meet the Maker" reception on Thursday, Aug. 11 from 5:30 to 7:30 p.m. Goldenberg will be meeting guests and discussing the importance of preserving historic items and memories.

"The whole point of our monthly Maker Series is to celebrate Philadelphia's diverse neighborhoods, traditions, and its makers and Stuart Goldenberg's project encompasses all of that and then some," said Elizabeth Frike, director of sales for Hyatt Hotels. "Visitors to Philly staying at our hotel, as well as Philadelphians, will be able to peruse the exhibit and get a glimpse of the area's history through locals actual mementos, dating all the way back to the 1880s."

The reception is free to attend and open to the public. Complimentary light bites and refreshments will be provided by Chef Jonathan Dearden, executive chef at Patchwork.

Goldenberg started "Storied" as a way to use ordinary items to tell a much larger story. The first in the series was one of his own personal history — a $2 bill his grandfather folded for him when he got his first wallet.

Goldenberg also photographed a pair of never-used tickets to the 1977 World Series. At the time, the Phillies had won their 2nd consecutive division title against the Pittsburgh Penguins, but failed to make it to the World Series. Goldenberg's father received the reserved tickets when he worked as a cameraman for 6ABC.

For those unable to check out the project at Hyatt Centric this month, Goldenberg posts highlights of the project on its official Instagram account.