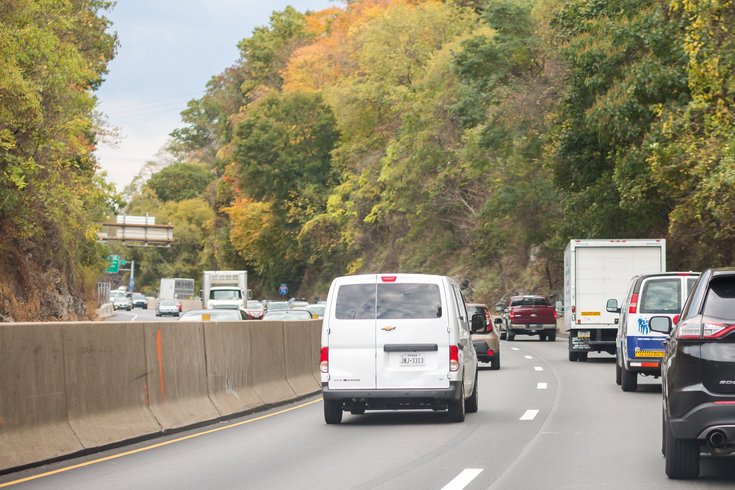 Motorists that expect to be traveling the Schuylkill Expressway through Center City next week should plan alternate routes as PennDOT has scheduled lane and highway closures to allow for maintenance projects between Monday, June 17 to Friday, June 21.

There will be lane and, at times, complete roadway closures on the eastbound and westbound sides of the Schuylkill Expressway through Center City next week.

The traffic restrictions on I-76 will allow work to be done on the viaduct between the 30th Street and University Avenue exits on the Schuylkill and on the viaduct that carries Schuylkill Avenue over I-76 between Walnut and Market streets, PennDOT said Thursday.

MORE: SEPTA reduces minimum value that can be added to Key Cards to $1

Here is the schedule PennDOT released for the roadwork taking place daily from Monday, June 17 to Friday, June 21.:

• Between 9 p.m. and 11 p.m., the westbound Schuylkill Expressway will be reduced to a single lane through Center City. The westbound lanes will be closed completely each night from 11:00 p.m. to 5:00 a.m. between the South Street exit to the I-676 interchange. This will allow for repair and repainting of the steel on the overhead viaduct. Motorists will be directed use the ramp from westbound I-76 to 30th Street, then follow Schuylkill Avenue to the ramp to westbound I-76 at Market Street.

• Between 9 p.m. and 5 a.m., eastbound I-76 will be reduced to a single lane between the 30th Street and University Avenue exits for repairs to the Schuylkill Expressway viaduct and to the overhead Schuylkill Avenue viaduct.

These closures are expected to cause significant backups and delays. PennDOT advises motorists to use alternate routes or allow extra time when traveling through the work areas.

Repairs to the Schuylkill viaduct are part of PennDOT's $103.6 million plan to rehab and repair the steel superstructure and replace the deck of the Chestnut Street bridge that connects Center City with University City.

A lone bit of good news for motorists: The Walnut Street ramp to eastbound I-76 at the 30th Street Exit, closed since May 20 for structural repairs and resurfacing, is scheduled to reopen on Monday, June 17.