Check out the festive (and very green) lineup 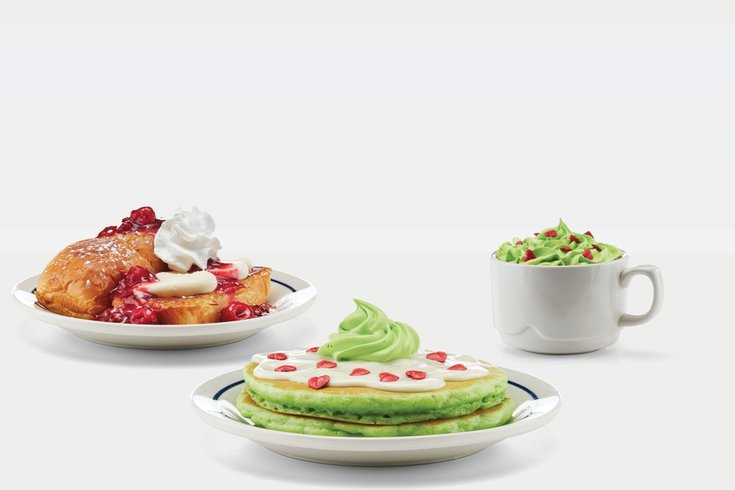 Remember when IHOP was briefly IHOb? Well, the chain is back to doing what it does best, pancakes, and has announced that for the holiday season it will serve up its light-and-fluffy stacks in Grinch-green.

Just in time for the release of the new, animated movie "The Grinch," coming to theaters November 9, the chain has revealed a limited-edition menu based on the classic holiday story.

That's right, the holiday season is upon us already.

Check out the festive menu line-up below, available at IHOP restaurants through Dec. 31.

• Mt. Crumpit Kids Combo – One Grinch Green Pancake, topped with sweet cream cheese icing, red candy hearts and green whipped topping. Includes one scrambled egg, one bacon strip and one pork sausage link. Best of all, with the purchase of an adult entrée, kids 12 and under eat free from 4 to 10 p.m.

And if you want to watch the trailer for "The Grinch," you can check it out below.