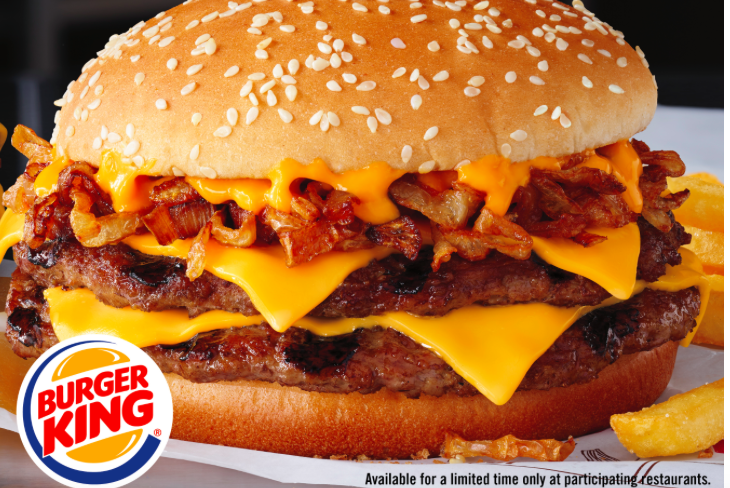 A Burger King in Center City is apparently revolting against the company's latest promotion, a cheeseburger-cheestesteak hybrid that the chain developed to correct a "fundamental flaw in the traditional Philly Cheesesteak."

Debuting for a limited time this month, the Philly Cheese King was taste-tested on the streets of Philadelphia to see whether a proud and obstinate city would welcome it.

With more than half a pound of flame-grilled 100 percent beef, caramelized onions and American cheese, the Philly Cheese King was met with heavy skepticism and lecturing. And then everyone the company interviewed said they liked it, of course. You don't "not like" fast food.

In a press release from Burger King on Monday, the company said that one of its Philly stores is holding out and will be excused from selling the Philly Cheese King.

"Despite taste test approvals from Philadelphians, one restaurant in Philadelphia opted out of selling it completely to honor the traditional recipe," the release said. "So, on October 25, the Philly Cheese King will not be sold at the BK restaurant located at 15 S 8th St, Philadelphia, PA 19106 until otherwise overturned by the Burger King brand."

A call placed to the Burger King in question—basically to see if they were put up to this weird marketing tactic—was not immediately returned on Monday evening.

The company never mentioned the "fundamental flaw" in the Philly Cheesesteak (presumably, that it doesn't make them money unless they make it into a burger), but rest assured you can enjoy not getting a cheesesteak-burger at one Burger King location in Center City, in case you were worried about that.

If you want to try this thing out at another Burger King location, you only have a limited time to do so.