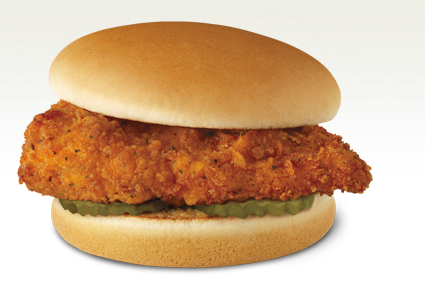 The "millennial" narrative has reached a new low.

Business Insider has caught my ire before. Specifically, for creating a video in which millennials tried Big Macs from McDonald's for the first time. I took offense, because the Big Mac is the best fast food burger of all time, in my humble opinion.

That said, I could at least understand the premise of the video. Polls have shown millennials are ditching chains like McDonald's and that most have never even tried the sandwich.

But Chick-fil-A? Millennials like Chick-fil-A. A 2014 survey found the company has one of the highest brand loyalties among those in the generation born between 1981 and 1996. Gen Z, aka teens, also love Chick-fil-A.

In other words, there's no justification to gauge the reactions of millennials trying Chick-fil-A for the first time, any more than there is to see how they react to any random product. Yet, for whatever reason, Business Insider rounded up a bunch and fed them their first chicken sandwiches and orders of waffle fries from the chain.

The resulting video: Some people liked it and some people didn't. Which, you know, is probably the range of reactions you'd get from any assortment of people trying the same thing for the first time, regardless of age.

It's almost as if the video, which has more dislikes than likes on YouTube, was created to exploit a lazy narrative about a group of people born within the same arbitrary timeframe, suggesting that the group is bizarrely out of touch with everyday life and is radically different from everyone else.

But they wouldn't do that, would they?