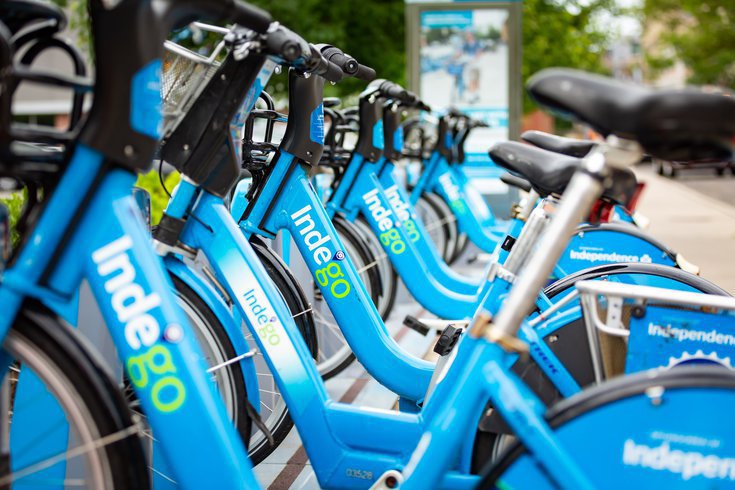 Philadelphia's bike share program, Indigo, is expanding its fleet of stations across the city after its ridership surged during the pandemic.

Philadelphia's bike share program, Indigo, is expanding its fleet of stations across the city after its ridership surged during the pandemic.

In spring of 2022, the city will get 30 new stations and 400 new electric assisted bikes, starting in West and South Philadelphia to start, KYW reported.

The new bikes are part of a 5-year expansion plan to double its size by 2026, with a commitment to reaching more communities within South, West and North Philadelphia.

It will double the size of the system and have more than 3,500 bikes and more than 350 stations.

"I’m proud of the work of the City, Bicycle Transit Systems staff, Independence Blue Cross, partners, and community leaders to ensure that as the system expands into new neighborhoods it remains accessible and affordable for low-income riders," Philadelphia Mayor Jim Kenney said. "Indego played an especially significant role in 2020 and will continue to do so going forward because of increased demand for biking due to the pandemic."

Over the years, more than five million Indego rides have been made in the city. Monthly passes cost $17 and yearly passes cost $156, and discounted service is available.

The exact locations of these new stations are to be determined. Residents can make suggestions online.