Infrequently Asked Questions: Why do avenues like Passyunk run diagonally?

We asked an expert 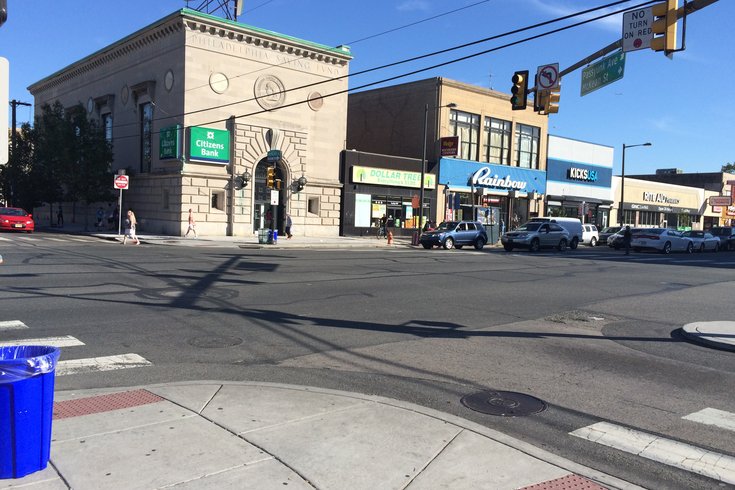 The intersection of Passyunk Avenue and South Broad Street.

It's not uncommon for visitors to come to Philadelphia and rejoice at its remarkably easy-to-navigate grid layout -- that is, until they hit the navigational wrenches that are Passyunk, Germantown and Point Breeze avenues (among others). It begs the question: Why did the layout ever stray from its grid-based conventions?

Why does Philadelphia have diagonal avenues like Passyunk, Germantown, Point Breeze and Moyamensing when the city is on a predominantly grid-based system?

I love gridded cities, and I think [the reason for the avenues is] fairly similar to the reason why New York has a Broadway: They pre-dated the grid. So, in the case of New York, Broadway was this Native American trail that became a road and was important enough to keep when the commission laid the grid on New York, and in Philly, it's the same thing, where a variety of streets were natural fixtures -- pikes, trails or turnpikes. And when William Penn in 1682 overlaid the grid on Center City, they were either in place or the grid was not fully formed, so the grid kind of became the spines around which the city coalesced.

I've heard about some being trails before -- Passyunk in particular.

I think Passyunk was an old Lenape path. I think it's Lenape for 'In the valley,' so it might give us a clue about the old topography of the Philadelphia area as well. You might imagine that the valley trail, or waterway, tried to recreate some of the old traces but was outside of the Philly grid. At the time, Philadelphia stopped at South Street on the south and Vine Street on the north, the original Philadelphia, and that was all Southwark and Moyamensing and Passyunk township, so they weren't incorporated until 1854 with the Consolidation Act.

Pevzner: When William Penn in 1682 overlaid the grid on Center City, [the diagonal avenues] were either in place or the grid was not fully formed, so the grid kind of became the spines around which the city coalesced.

So, really, the roads were places of trade, places where markets happened and then when the grid extended out, Philly grew around those historic places. Others were turnpikes. Lancaster Avenue, for example. In West Philadelphia, there's Lancaster Avenue and Baltimore Avenue that go west, and Lancaster used to be the former Philadelphia and Lancaster Turnpike. So it was later William Penn's grid. It was the 1790s when the turnpike started to be constructed, but Philadelphia hadn't jumped west of the Schuylkill yet. So it was a big connection between Lancaster County and Philadelphia -- same thing for Baltimore Avenue. It was the former Baltimore Pike that went over the Susquehanna River and just kind of became this main travel route, and then when the Philadelphia grid extended into West Philadelphia, it incorporated Baltimore Avenue as a main commercial stretch. And the same thing for Germantown Avenue, which was Germantown Pike. In the 1600s -- I think it was established in the 1680s -- it was a really important road that went out to Plymouth Meeting, and Frankford Avenue used to be the old trail that William Penn established in New York City, Old Frankford.

Does that explain why so many of these avenues are still commercial in nature?

They were commercial or they were civic. If I'm not mistaken, Germantown Avenue had many of the old consulates or embassies when Philadelphia was the capital. The King of Spain had his American house on Germantown, and it's kind of like what Massachusetts Avenue is in Washington today. 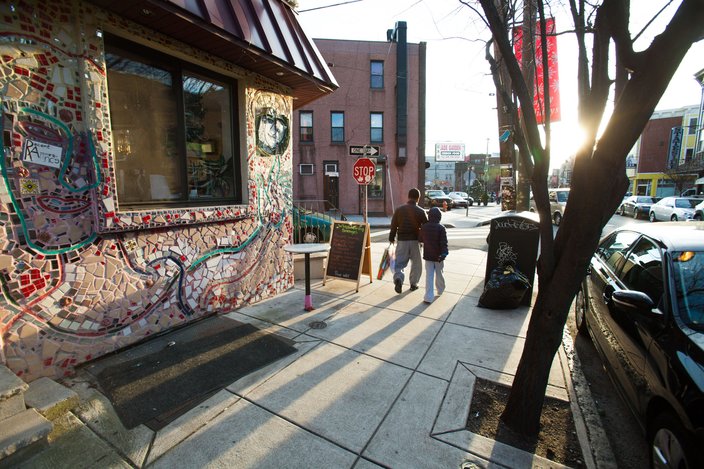 From an urban planning standpoint, what are the advantages to having the avenues run through the grid [diagonally]?

Well, they were kind of a fact on the ground. So it's, 'Why were they allowed to stay?' And I think the reason is that they served important roles of connecting Philadelphia to parts outside -- they were turnpikes, they were trade routes, and they were kind of the defining features in a largely agricultural landscape.

So there was no way of getting around having them there?

I'm sure there are more trails that didn't get preserved as streets; there were some creeks that were buried and all traces of them disappeared. Other creeks were buried and became the curvy streets, so I think you have a whole range of ways the Philadelphia grid accommodated these geometries.

What is one little-known fact about how Philadelphia is laid out?

One little-known fact I like is that the blocks, as laid out, were actually much bigger. So the main blocks laid out would have been Walnut Street and Chestnut Street, without a Sansom Street in the middle. But the geometries didn't fit well with the size of the rowhouses at the time, and subsequently, those blocks got subdivided into a more manageable size and then the rowhouses filled in along those other streets. It's a nice question of scale and how the streets really set a scale for the architecture to follow. ...

And then another little-known fact is that for a long time Philadelphia was just a couple blocks along the Delaware, and the rest of the city was a grid without a city on it. So where Jefferson's house was, I think around Fourth Street, but it was the suburbs. It was far from the action. And then as the city developed westwards that became very much the core of the urban area.