Construction activities will cause traffic delays on parts of I-76, I-95 and U.S. 1 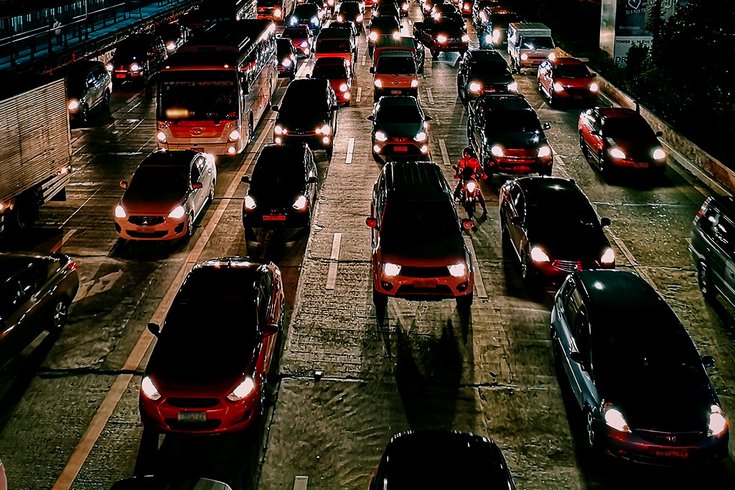 Motorists who travel the Schuylkill Expressway, I-95 and U.S. 1 at night may see road closures for improvement projects next week.

Single lane closures in both directions are scheduled at various places on Interstate 76 between Montgomery Drive and Interstate 476 in Philadelphia and Montgomery County, according to PennDOT.

The closures, necessary for installation of Intelligent Transportation Systems (ITS) components, are scheduled from 9 p.m. to 5 a.m. from Monday through Thursday.

In addition, the shoulder along the Schuylkill Expressway in both directions will be closed periodically from 9 a.m. to 3 p.m. on Mondays through Saturdays between Montgomery Drive and the Pennsylvania Turnpike.

The construction is part of the first phase of a long-range, comprehensive, multimodal plan to manage travel – and improve safety – on the I-76 corridor between King of Prussia and Philadelphia.

Work will disrupt traffic next week on I-95 as well, PennDOT said.

Double lane closures are scheduled 9 p.m. to 5 a.m. between the Washington Avenue/Columbus Boulevard (Exit 20) and Interstate 676/Callowhill (Exit 22) interchanges in Philadelphia for work on a project to install a new underpass lighting system in the covered section of I-95 near Dock Street.

• Monday and Tuesday: two right lanes closed on northbound I-95.

• Wednesday and Thursday: two left lanes closed on northbound I-95.

Moreover, motorists may encounter periodic 15-minute traffic stoppages on northbound and southbound I-95 along that same stretch on Thursday and Friday from 11 p.m. to 2 a.m.

One of Bucks County's busiest intersections will see closures next week as well, PennDOT said.

Lanes in both directions will be closed on U.S. 1 and Street Road (Route 132) in Bensalem Township for construction work to widen and improve U.S. 1 and reconstruct the interchange.

The first of two years of northbound work, including reconstruction of the Street Road ramps on both sides of the interchange, is currently underway to widen and improve a 1.3-mile section of U.S. 1 from Old Lincoln Highway, at the Philadelphia border, to north of the Bensalem Interchange of the Pennsylvania Turnpike.

The corridor improvement project is the first of three construction contracts to rebuild and widen U.S. 1; replace aging bridges; and install safety enhancements along a four-mile section of the expressway from just north of Philadelphia to just north of Route 413 (Pine Street) in Middletown Township and Langhorne Borough.

For all of the planned road closures, motorists are advised to use an alternate or allow more time for travel in the work areas because significant backups and delays will occur. Contractors' schedules are dependent on the weather and subject to change.