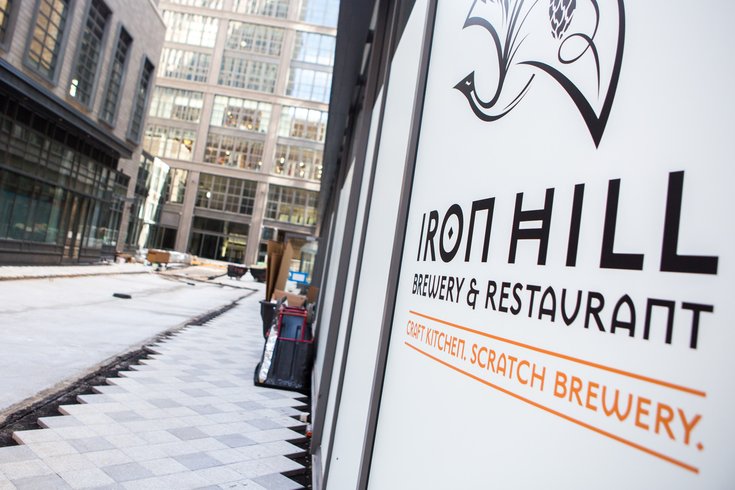 An area on the east side of the building that will partially be used for outdoor dining.

Iron Hill Brewery has been a craft beer juggernaut for more than two decades, earning national and global awards for its unique brews and upscale casual restaurants in the Delaware Valley.

For the first time since opening the first restaurant in Newark, Delaware, in 1996, the story of expansion will finally have an outpost in Center City Philadelphia.

RELATED ARTICLE: East Market: First look at the apartments inside the Ludlow

Set to open in September, Iron Hill Brewery will be a fixture of the East Market development that's transforming Market and Chestnut Streets alongside the construction of Fashion District Philadelphia, PREIT's reimagining of The Gallery at Market East. The two projects together will turn the corridor from 9th to 12th Streets into a fashion, dining and entertainment destination over the next few years. 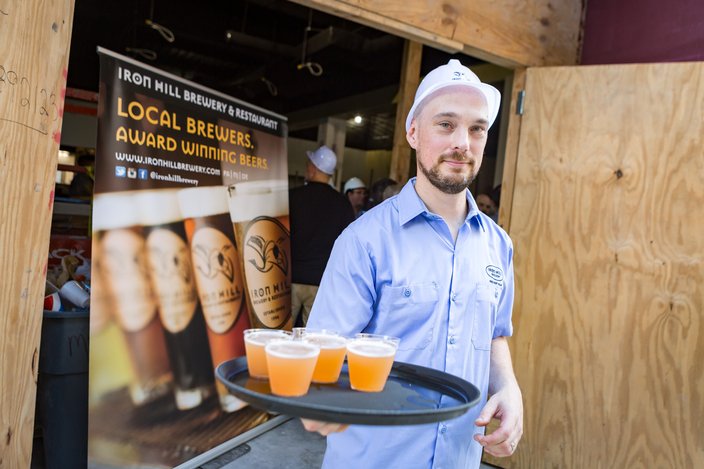 During a hard hat tour on Thursday afternoon, Iron Hill's leadership previewed the Philadelphia location — their 15th — ahead of a September grand opening.

"Traditionally, we've always opened our restaurants in suburban locations, main streets where we felt the community might be underserved for what we do" said Warren Sewell, regional manager at Iron Hill. "This is sort of a first step toward opening an anchor location in a high volume metropolitan area. The good thing about us is people know our brand in the Philadelphia area."

Locality figures to be a point of emphasis at the East Market location, where samples of a "Foles Gold" brew signaled a beer list and menu that will celebrate the culture of Philadelphia. 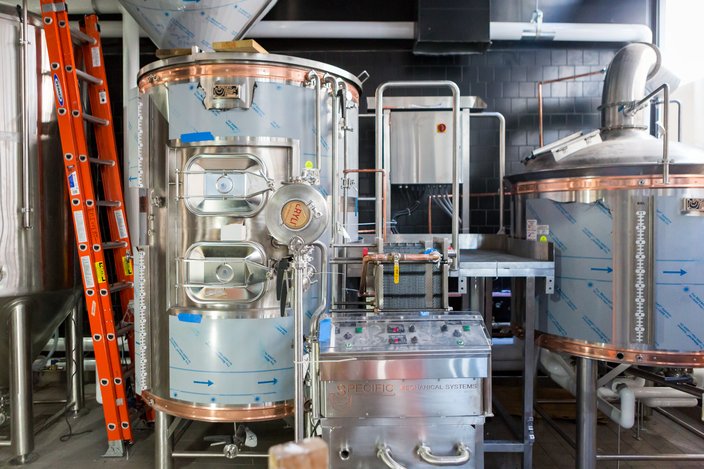 A few of the stainless steel brewing tanks at the new Iron Hill Brewery & Restaurant in Center City.

"We're going to have some Philly-centric beers," Sewell said. "We like to do homages to our local sports teams, so you'll see some of those things for sure."

Head Brewer Ben Schamburg joked that the New England-style IPA "Strawberry Hop Fluff" will be crossed off on the menu and renamed as a Philadelphia-style IPA.

With approximately 45 outdoor seats curving around the side of the restaurant, chairman Kevin Finn said the Philadelphia location will fit right into the revival of East Market Street.

"We're excited to have a presence in Center City and bring some of the employees who have been with us for years into this environment," Finn said. "Most of our locations are in downtown areas, but having a home in Center City will be another step in our journey. It's something we've talked about doing for many years" 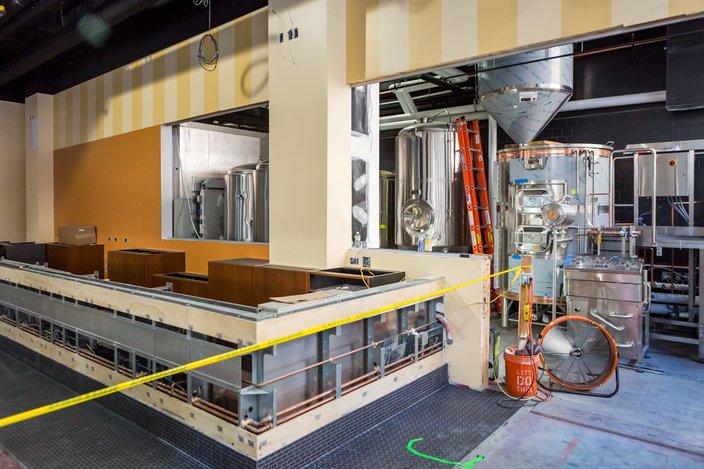 The unfinished bar and brewing area at the Iron Hill Brewery & Restaurant in Center City.

The menu at the Center City location, which is a bit smaller than some of the other restaurants, will be modeled on the offerings at the Rehoboth Beach brewery. Sandwiches and wraps will be accompanied by salads and flatbreads, with suggested beer pairings to compliment various dishes.

Head chef Josh Jastrzembski, who helped opened the location in Huntingdon Valley, said he's looking forward to pushing boundaries with the upscale palette in Philadelphia. He'll be in charge of the restaurant's feature sheets. 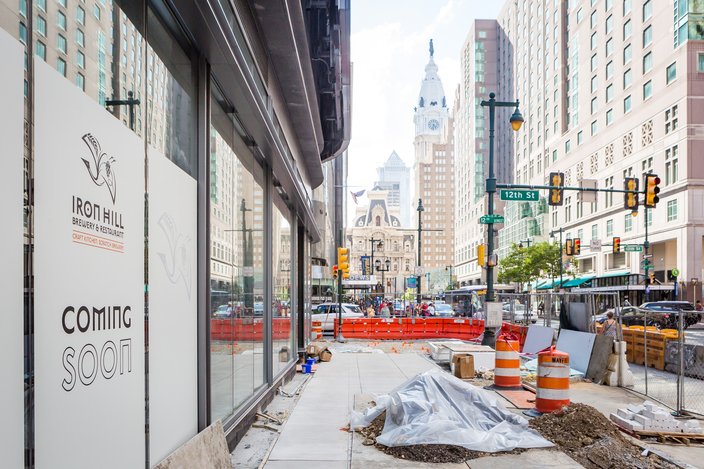 The exterior of the Iron Hill Brewery & Restaurant at 1150 Market Street in Center City Philadelphia.

"I personally love fresh, seasonal and healthy—that's kind of my big push," said Jastrzembski, who spent several years at Bank & Bourbon before coming to Iron Hill. "Ancient grains, good salads, good starches, and then just playing whatever fish and steaks are in season."

Both Jastrzbmbski and Finn agreed the most important part of the Iron Hill experience is encouraging guests to try new pairings, change up their style and learn more about the brewing process. 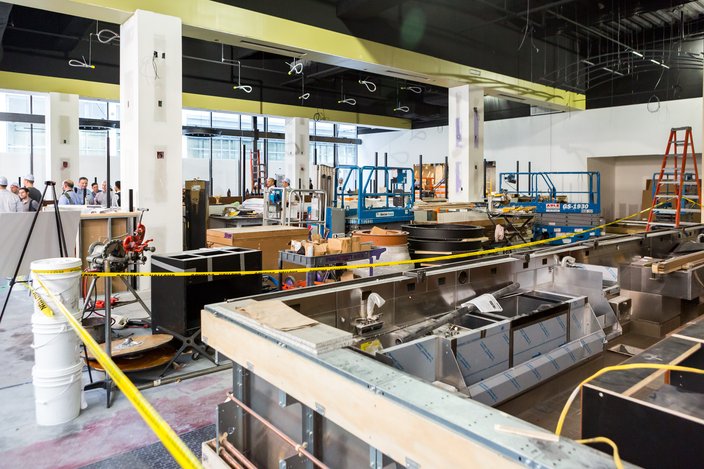 The dining room and a corner of the bar at the soon-to-open Iron Hill Brewery & Restaurant in Center City.

"Finding the perfect pairings is my true love," said Jastrzbmbski.

"We've had people come in to Iron Hill only drinking light beer, and then when they come back again they're beer connoisseurs," said Finn. 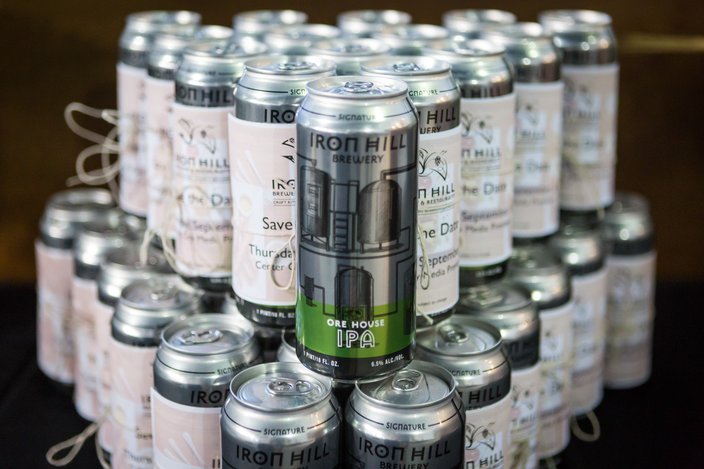 A definite opening date has not yet been set, but expect to see Iron Hill Brewery come to life on Market Street between 11th and 12 Streets some time next month.

"We are currently on target," said Sewell. "Our general contractors are motivated and we expect to open on time."