IRS to Philly woman: You'll have to wait for refund because you're dead

Shakira Evans, 22, a mother of two from Olney, just wants the taxman to admit she's alive – so she can get her vital refund 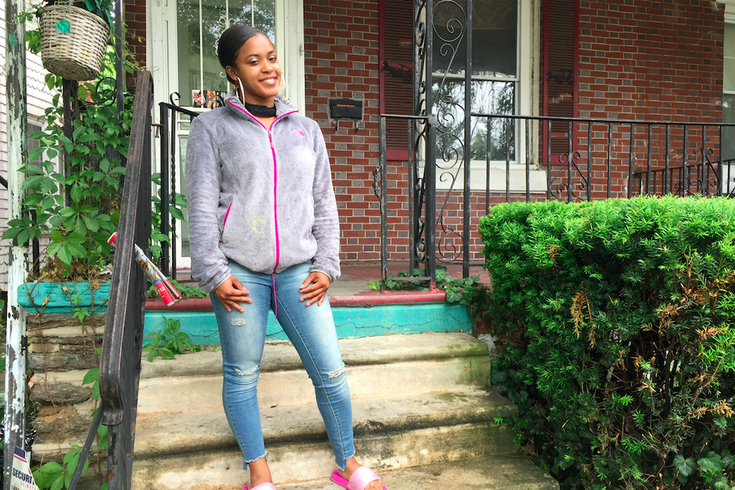 Shakira Evans is a 22-year-old woman from the Olney section of Philadelphia with a two-year-old son and a daughter who turns one in a few weeks.

Those are real-world observations that she shared with a reporter in her living room on late last week.

That life-and-death discrepancy now has Evans embroiled in an unnecessary and befuddling back-and-forth with the federal agency to rejoin the land of the living.

She said she learned of the error in IRS records after filing her tax return in February 2018.

“I was flabbergasted. They told me that I had to go to the Social Security Administration office and when I did, they said I was alive in their system,” said Evans, noting the SSA printed out official documents proving she was alive. “I mailed (the returns) in and got my refund eventually, after waiting until May. I thought the issue was resolved.”

Flash-forward to this spring, and the woman who works in food services for the Philadelphia School District learned the IRS still thinks she’s dead.

In addition to an interminable wait for her $3,700 tax refund, Evans has had to make about a half dozen trips from Olney to the IRS office near Independence Hall in Old City in her fruitless effort to correct the error.

“Every time I contact the IRS, they tell me to wait. Wait for what? How long will it take to go into their system and change a simple error?” she asked. “My children and I are suffering at the hands of the IRS. Someone just needs to do their job and fix this! How much more do they need?”

Evans explained the suffering comment as stemming from two situations going on in her life right now.

For one, she’d like to use some of her refund to get a car so she doesn't have to rely on pushing her children around in strollers.

For another, the North Park Avenue home in which she lives – located just off Broad Street not far from Albert Einstein Medical Center – is in foreclosure.

In a rowhome that’s already mostly cleared out, Evans explained that she has power of attorney over the house that belonged to her grandmother, who took out a second mortgage and didn’t do a good job of making payments on it.

She’s been looking for an apartment to rent at a time without paychecks, since she only works at a nearby school 10 months of the year.

What makes her feel so helpless is that she doesn’t seem to have any other options but to just sit and wait for a check that should have arrived long ago.

“Waiting, waiting and waiting. They always tell me I just have to wait for it,” she said. “First it was eight weeks. Then it was 16 weeks. Now, when I just called them a couple days ago, they said it would be nine more weeks. I’m just totally confused by all this. It’s a different story each time I call.”

Roy Stander, a certified public accountant from Bala Cynwyd, warned people who think they might be in a similar predicament to be alert for scams in which people are told “their social-security number has been ‘cancelled,’ which is an attempt to trick people into giving up some sort of information.”

When told of the steps Evans has taken so far, Stander recommended she contact the independent Taxpayer Advocate office which helps in these – and other – confusing situations.

Evans’ story is not as unheard of as it might seem.

A 33-year-old Minnesota man got a $20,000 refund (helped by a U.S. senator's intervention) in 2017 after the IRS declared him prematurely dead. (Evans was lucky not to be one of an estimated 12,000 people wrongfully declared dead by the SSA each year.)

When contacted about this case, a spokeswoman in the IRS’s media relations office could only offer limited advice.

Getting information from the SSA is the first step which leads to correcting the record, the spokesperson told PhillyVoice. Meanwhile, there is no information about how to handle this predicament on the IRS website.

“The best thing for a taxpayer to do is to contact the Social Security Administration so that they can update the death master file,” said Robyn Walker. “If the taxpayer has any questions after this has been done, direct them to our customer service line, 1-800-829-1040.”

In other words, taxpayers in similar straits should take the steps that Evans has already taken.

“A few people I’ve spoken to have been understanding, but some were just really nonchalant about it,” Evans said. “They knew I was alive enough to take money out of my paycheck. How don’t they know I’m alive enough to send a refund?”