The myth of the mayoral Millennial voter

For all the excitement about their impact on Philly's mayoral election, data shows they barely vote 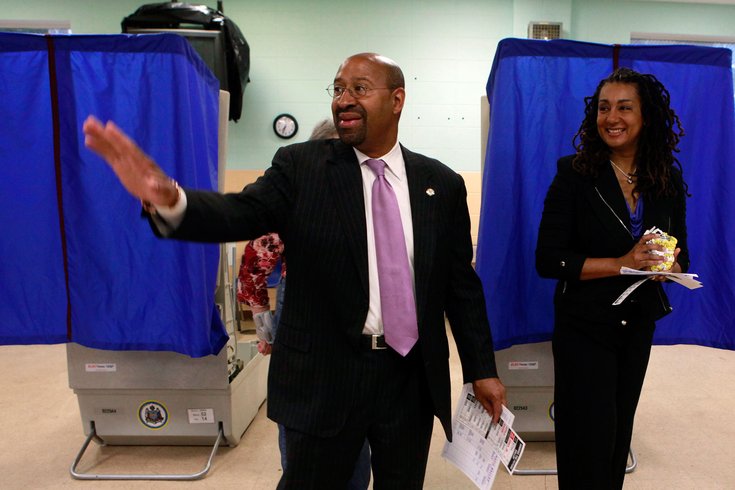 In the 2011 Philadelphia primary election, voters born since 1980 accounted for only about 9 percent of those who voted.

Millennials, Millennials, Millennials.
For all the talk of "Millennials," the often-vague term being applied to younger adults now in their 20s and early 30s, the run-up to the 2015 Philadelphia primary election might have you believing they represent some kind of voting bloc.
The candidates for mayor have, after all, offered varying degrees of platitude to the trendy demographic. And if candidates like to talk about “Millennials,” the press loves to, as well. Articles about Millennials “disrupting” elections and the “Millennial revolution” have been sprouting up with increasing frequency as the race heats up.
The question, being posed up and down Philadelphia’s simmering mayoral blogosphere: Will the young, professional, trend-driving people flooding into the city finally rise up and vote? Do they represent, as the enthusiastic head of a political action committee aimed at young voters told the Inquirer recently, “a sleeping giant of a population?"
Maybe, but the emphasis, perhaps, should be on "sleeping."
To get a sense of Millennials' impact on elections, PhillyVoice.com crunched data from more than a million voting records going back five years.
The sobering statistics show how little the city’s Millennial revolution has translated — so far — into votes.
In terms of sheer numbers, there’s no question that the city’s population of youngish adults is growing. A much-cited 2014 report by the Pew Charitable Trusts found that Philadelphia ranked as high as any large American city when it came to growth in the number of 18- to 34-year-olds.
And voter registration figures reviewed by the PhillyVoice.com show that the number of registered voters 34 or younger is growing, reflecting their rising numbers.
But the data also shows those residents haven’t done much — yet — to exercise that newfound voting power.
Residents born in 1980 or later have made up roughly 65 percent of all new voter registrations since 2008. But of about 78,000 Millennials who registered to vote in 2012, about 2,000 — or about 2.5 percent — actually voted in the city’s 2013 primary election the following year.

But if those numbers seem gloomy for the potential of a Millennial Moment in this election, they also don’t paint the whole picture: and they might even cloud a real possibility of shifting dynamics.

Take, for example, the very few examples in which the overall trend — the trend of Millennials moving to the city, registering to vote, and then failing to show up at the polls — has, actually, been bucked.

There aren’t many; but there are some.

The city’s 26th Ward, in South Philadelphia, saw a notable rise in the proportion of younger voters turning up at the polls between the off-year primary elections of 2011 and 2013: a rise of more than 64 percent, according to data reviewed by the PhillyVoice.com.

That’s also the part of town where newer-comers, generally younger professional-types, staged a political rebellion last year and nabbed a number of positions as committee persons, the lowest-level elected office in the city’s political hierarchy. Not exactly a political coup, but not insignificant, either: it’s the same district that’s now seeing one of the only hotly-contested Council races, between incumbent Councilman Kenyatta Johnson and developer Ori Feibush.

This map shows the degree to which Millennials, as a proportion of new potential voters, are on the rise. The pink areas indicate divisions where they represented 80 percent or more of new registrations.

There are also indications of a rise in the proportion of younger voters in wards in the city’s Northeast and West Philadelphia, along the Baltimore Avenue corridor.

And there is, of course, the fact that the younger residents of Philadelphia that have been pouring in for years are only getting older.

Ultimately, the question of how changing demographics in Philadelphia will affect local elections might depend less on the candidates, or the election itself, than on timing.

“The single biggest factor,” in whether someone is going to vote, says political consultant Neil Oxman, “is age. Followed by income, then education, sure — but age trumps everything else.”

The city might be getting younger, but those young residents who move here and stick around aren’t. They’ll be voting: the question isn’t whether they’ll vote, but when.