The collection tells a visual story of his past 77 years 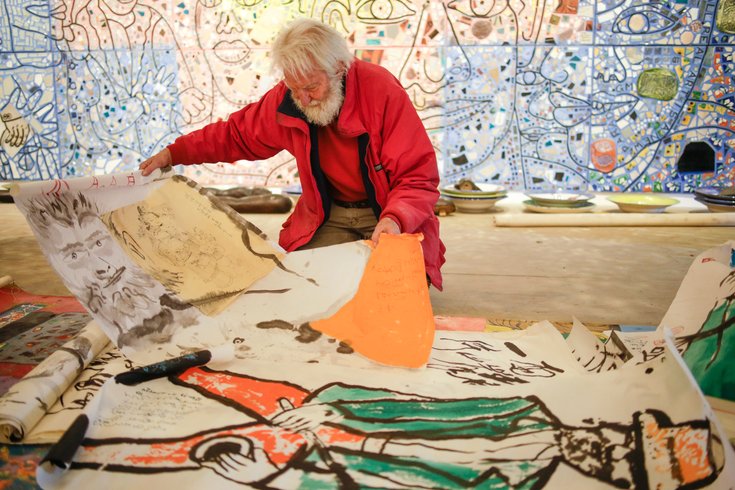 Isaiah Zagar in his studio looking through self-portraits for the new exhibit "77."

Isaiah Zagar might be best-known to Philadelphians for his mirrored mosaics that create Philadelphia's Magic Gardens but, surprisingly, in his new exhibit only one artwork is created in his iconic style.

The gallery exhibit "77," opening on March 25 at Paradigm Gallery + Studio, actually features techniques like Chinese brush painting, among other methods.

While the styles are varied, there is a direct link between each piece. All are self-portraits that tell a visual story of Zagar's 77 years so far.

Each self-portrait is like a snapshot, capturing where he was and who he was with at various points in his life when he created the artwork. 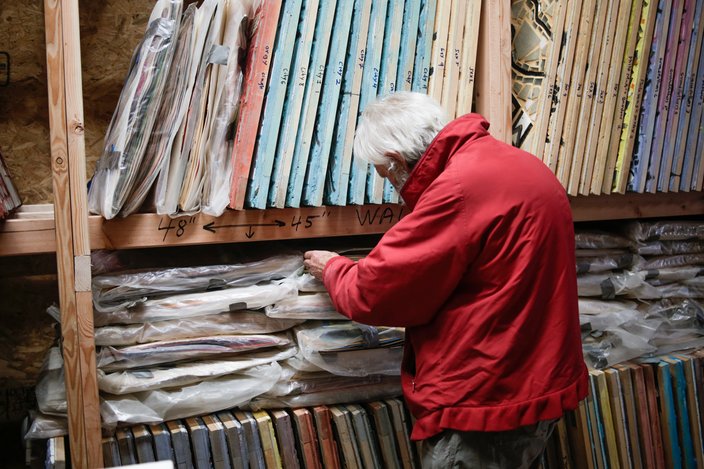 Isaiah Zagar searches through artwork at his studio.

His work, in general, is heavily influenced by both his travels and personal connections with folk artists.

After the debut, the exhibit will be open on Tuesdays, Thursdays and Saturdays from noon to 6 p.m. If those times don't work, call the studio to schedule an appointment before the exhibit ends on April 16.

Let's just hope no one steals any more Zagar original artwork this month.

"77": An Exhibit of Self-Portraits by Isaiah Zagar